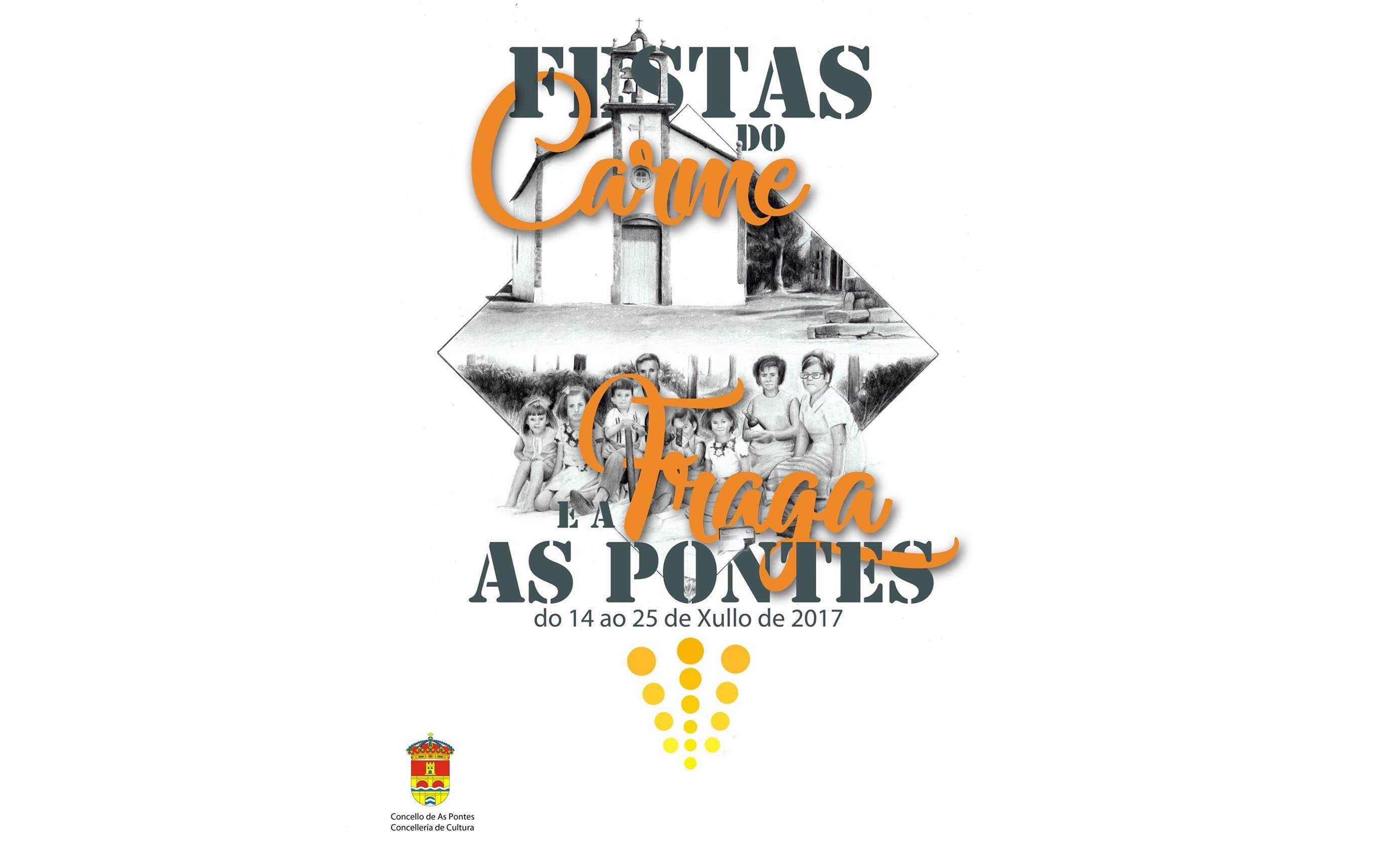 The Romaría da Fraga is a popular celebration that has been celebrated since 1904 and since its beginning it is intended to celebrate the “small patron” of the fiestas of As Pontes (from July 14 to 25).

In its beginnings it was located on a small island of the Eume, where people organized their snacks and games, but years later it happened to be celebrated in A Fraga, on the banks of the river. This is where it continues to be celebrated today, although now it is already integrated as a green zone in the urban area of ​​the Town Hall.

Throughout the time they have been introducing innovations: more days of party, musical accompaniment of orchestras, groups of music and traditional dance, as well as greater presence and influence of the youth in the activities that are done around the traditional pilgrimage. New initiatives have also emerged, such as the launching in 1998 of the Fraga Folk Festival, which takes place on 24th July.

In 2004 we celebrated 100 years of the Romería, which over the years has reached a fundamental importance in the set of parties of As Pontes and Galicia. Currently, in fact, it has been considered for many years as a Festival of Tourist Interest in Galicia, and more recently, it was also given the name of Festival of National Tourist Interest.

The significant number of young people who gather at this event led to a significant increase in activities in recent years, with a greater presence of music and dance performances, the recovery of competitions such as the huts built with natural elements, the organization of games and the consolidation of the folk festival, which attracts each year to the A Fraga precinct to the neighbors of As Pontes and to many people approaching the town at this time.

Since 2004, and within the framework of the Romería da Fraga, the festival Nabiza Rock is also celebrated, which is included as an event over the holidays and is celebrated on July 23.

This year, the festival will feature performances by Xosé Manuel Budiño or groups such as Astarot or Revolver, as well as well-known orchestras from Galicia. That is why music is undoubtedly one of its great attractions, as is the atmosphere of fellowship that breathes those days in A Fraga and which, if you cheer, you can be part of.