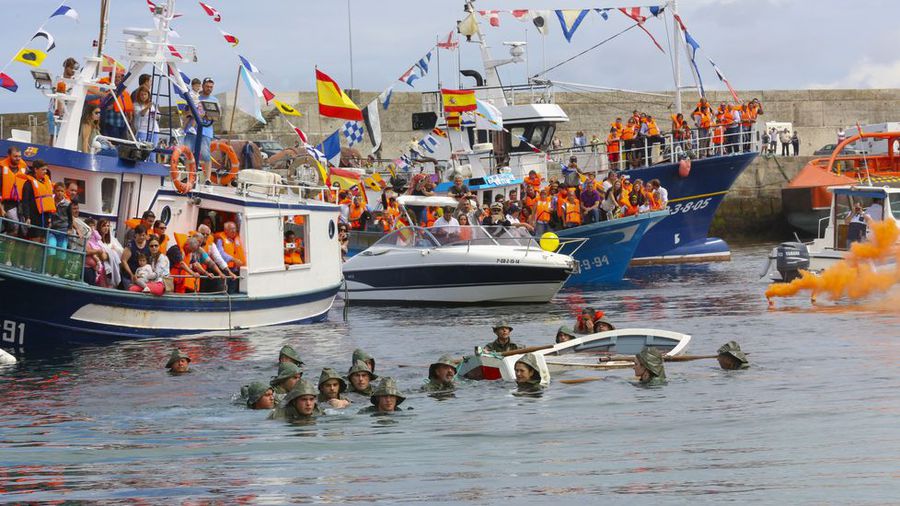 We are already in the central week of this month of August, where three different parties will be held in honor of San Roque, without forgetting other gastronomic festivals of great interest throughout our geography. A week to enjoy the good weather and the products that our land gives us. Will you go to any of them? 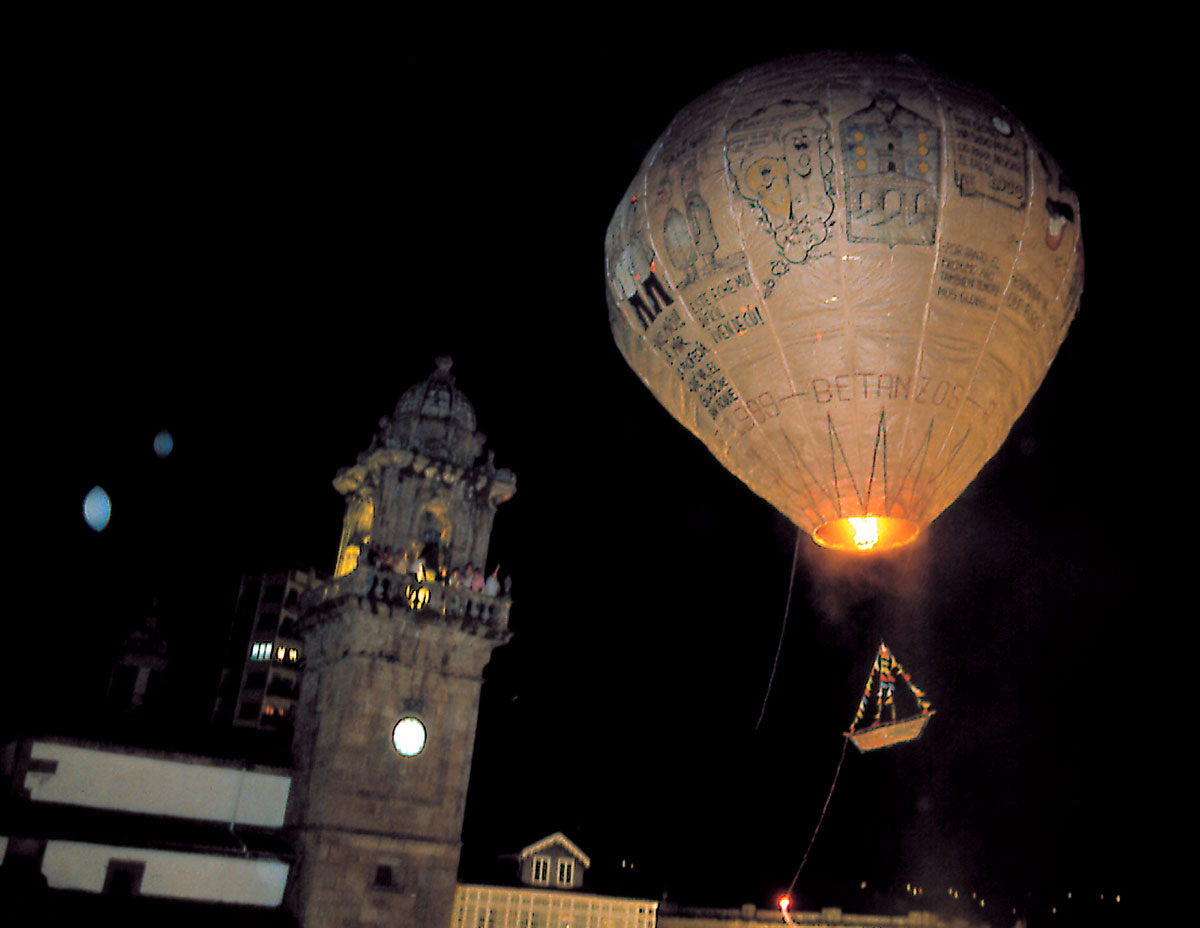 The three big days of the festivities of Betanzos include the two days of river tours in the upper part of the river Mandeo and on August 16, the festivity of San Roque. On this date takes place another of the typical events of these Betanzos festivities, followed by thousands of betanceiros and visitors: the mooring cut and the rise of the largest paper balloon in the world, which is followed by the burning of the classic facade of San Roque and a fireworks session. 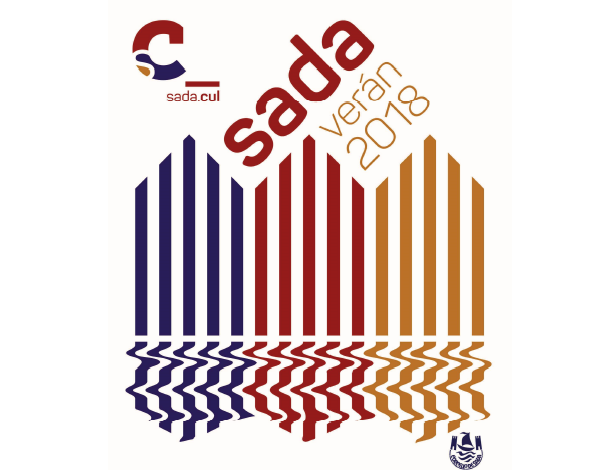 This week you can also come to Sada, as the patron saint festivities begin. Four days of activities and festivals in the gardens of the promenade, which will come to an end with the traditional sardiñada popular in the recreational area “o curruncho”, where you can taste this product closely linked to the fishing tradition of the town, accompanied, of course, of broa’s bread. The parties will close with a fireworks session.

The “San Roque Dance” is held in front of the famous cruceiro of O Hío. In it, 20 dancers play the role of ladies or “galáns“, dressed in different clothes. While the men wear white, with a felt hat and black tie, the women wear a uniform very similar to the traditional dress of those who make a pilgrimage to Santiago de Compostela. An interesting show that you can attend this week in Cangas. 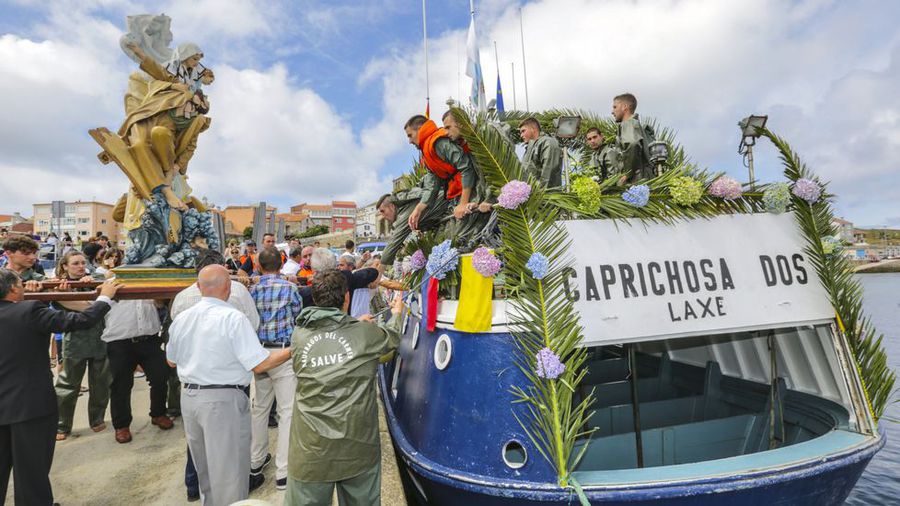 O Naufraxio de Laxe is a tribute to the Virgen del Carmen for her protection throughout the year in the tasks performed at sea. On August 17 at 12:00 in the morning activities begin, with the solemn Mass in honor of the Virgin. When finished, the procession goes through the streets of this fishing village, until they reach the port. 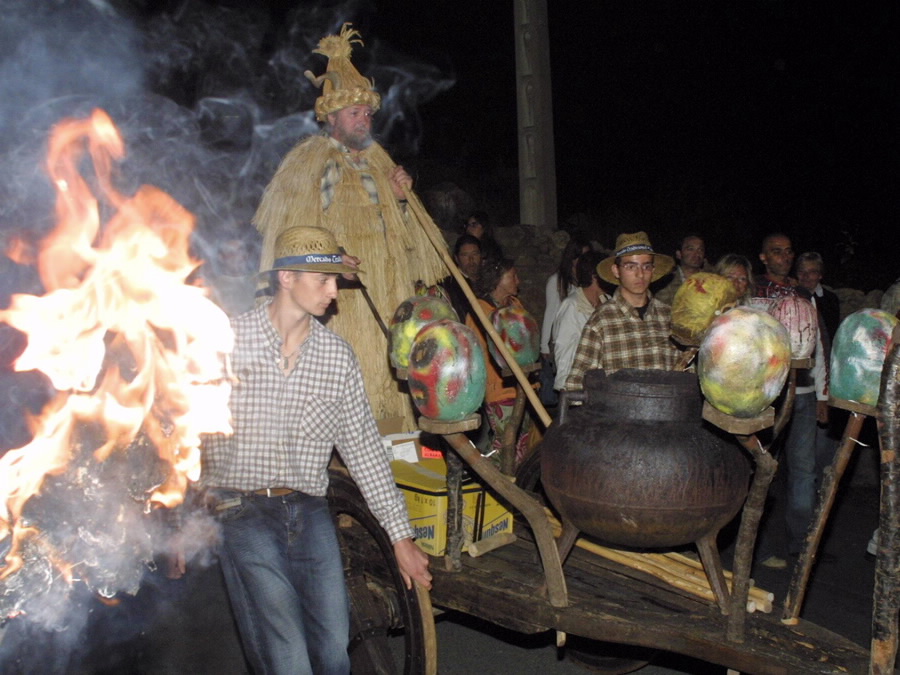 The square of O Souto of this town in Lugo is the setting for this celebration, in which a sorcerer dressed in straw prepares the queimada and pronounces the spell that will scare away evil spirits.

Each year a story linked to traditions and legends of the area is staged in this festival, and always with the same storyline: the triumph of good, represented by the sorcerer, over evil, represented by witches, devils, goblins and all the popular imagery of hell.

The dance and the music accompany the tasting of the queimada until well into the night. 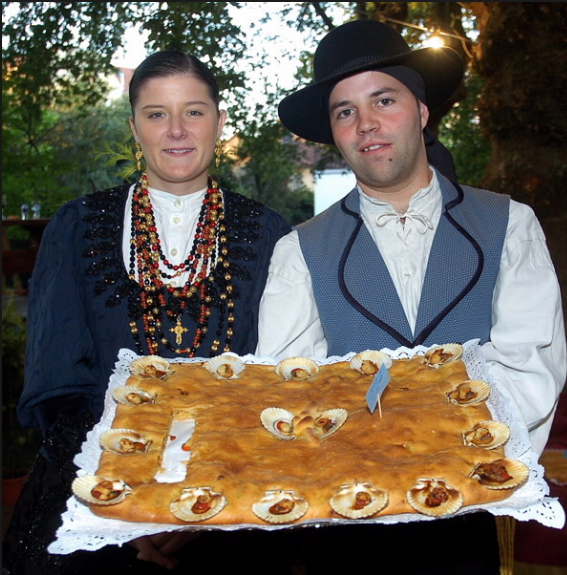 Every third Sunday of August since 1974, this celebration of empanada is celebrated in the Carballeira das Silvas de Bandeira. In it, professional chefs and amateurs compete to prepare the best empanada in the gastronomic contest, presided over by an expert jury. The award-winning pies are auctioned among the peñas for group consumption, sometimes reaching high figures, which are often donated for charity purposes.

This festival pays homage to Avelino Cachafeiro, originally from Soutelo de Montes, proclaimed in 1924 the best piper in Galicia. Dozens of musicians from Galicia and some Galician communities overseas attend the event, which flood the town with the sound of bagpipes, drums and tambourines with their musical performances in the Praza dos Gaiteiros.

In the afternoon, the “Avelino Cachafeiro” Gaita e Tambor Contest is held and, as the end of the fiesta, the annual ambassador of the Gaiteiro Festival is appointed, to which a commemorative bagpipe band is presented. 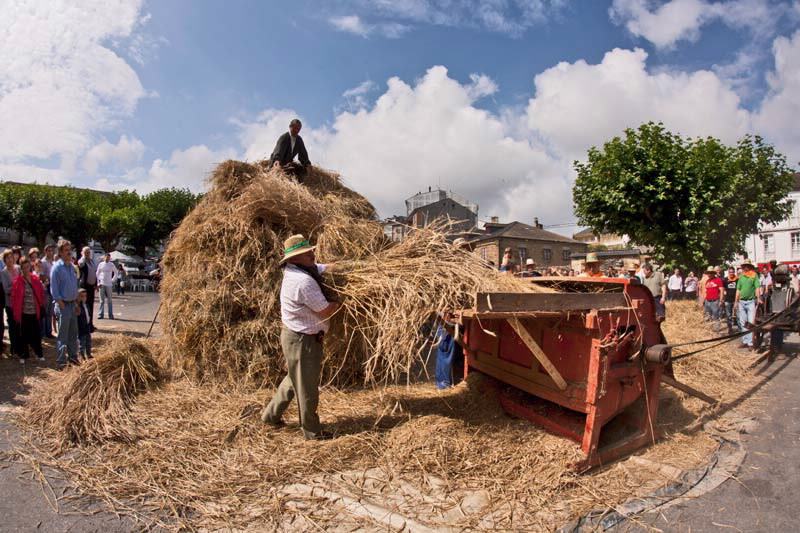 This celebration recalls the work of the cereal pestle, activity in which farmers separated the grain from the straw. Attendees gather at the Praza Maior, where this exhausting ancestral work is performed, which was done by hand until the arrival of the motor machines.

There is no lack of a popular meal in this celebration, craft stalls, shows of old machinery and performances of musical groups. 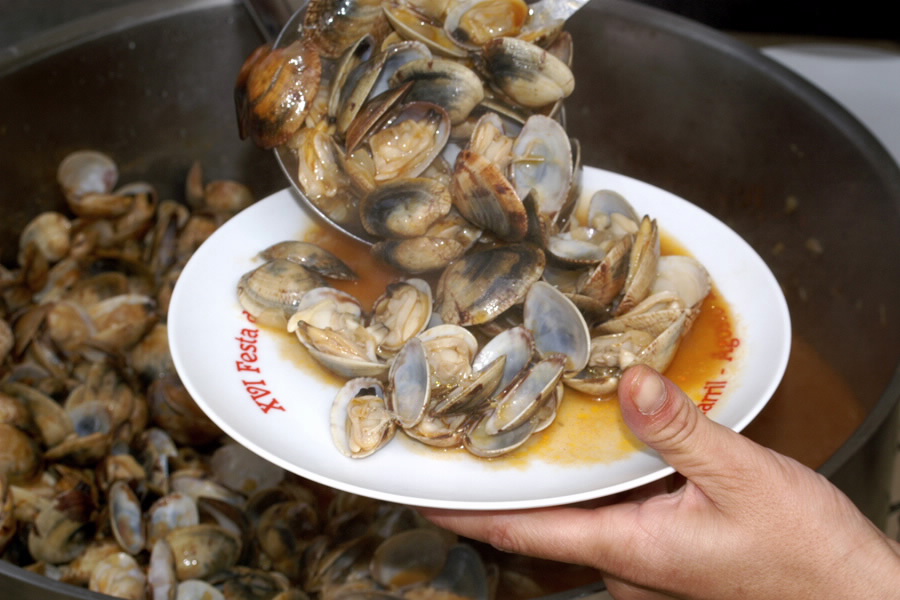 This year is the 26th edition of this festival, which highlights the contest of dishes made with clam from O Carril, which will take place on Saturday 18. Participants, both homes and professionals, will present their dishes to the jury in the Alameda. For households there will be cash prizes, while professionals will be awarded with babosa clam from O Carril. As a novelty, this year will be held the “I Race of traditional rowing boats of O Carril”. On Sunday, the members of the “Orde da Ameixa” will parade through the streets of O Carril to the Alameda, where the proclamation will be read. At midday the tasting will begin next to the fish market, and at night the festivities will be closed with a musical performance.