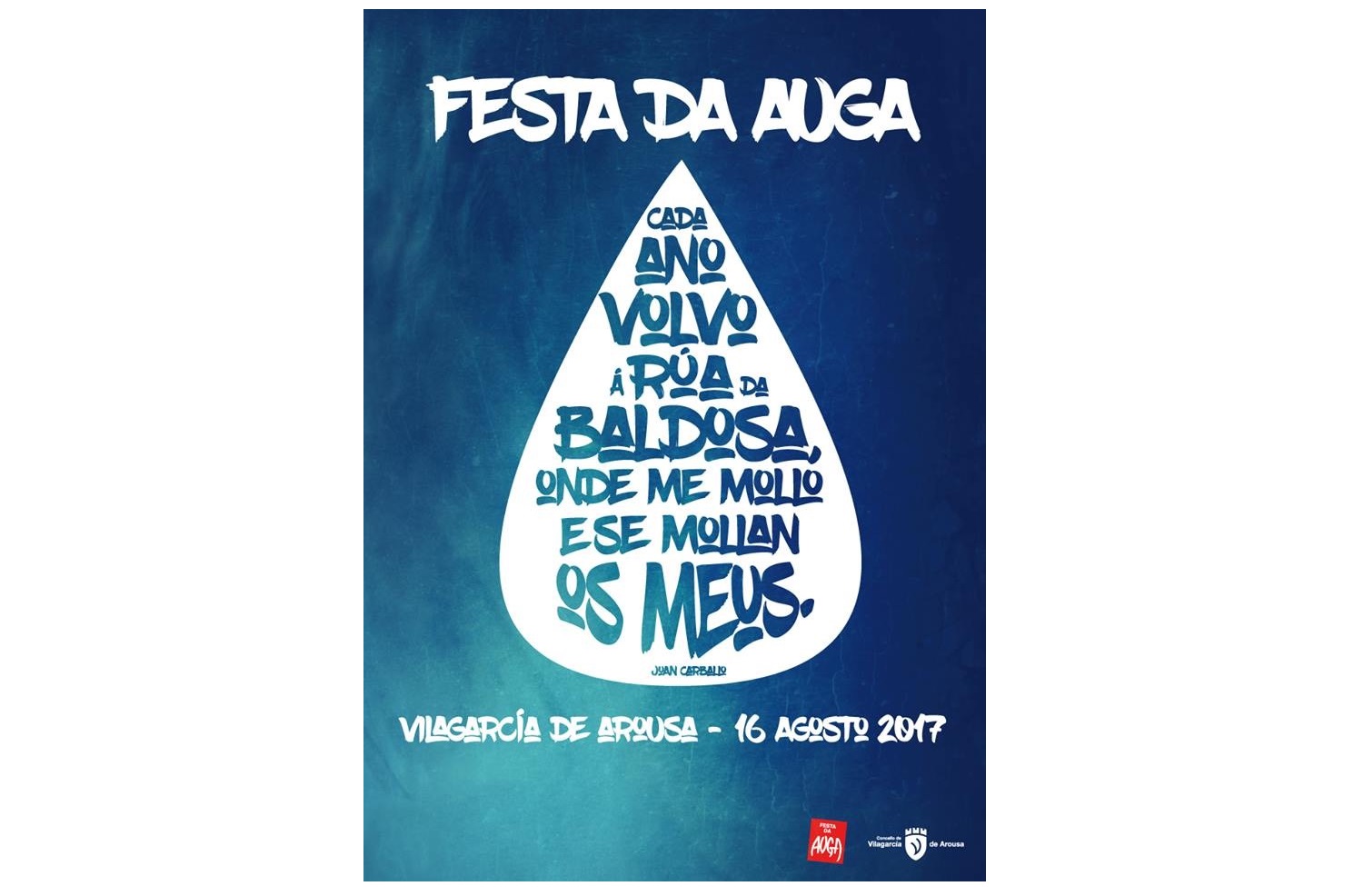 The Water Festival is a popular party celebrated on 16th August in the Pontevedra village of Vilagarcía de Arousa. In it, after the procession of the patron saint of the town (San Roque) and the traditional proclamation, the signal is given to start a real water war. This war takes place in a wide and limited “wet zone” and in it also the hoses of the fire trucks are involved. Water guns, balloons, cubes from the balconies, domestic hoses or any other “weapon” are good if they contribute to the bath of a crowd that concentrates between 30,000 and 40,000 people. Afterwards, the party continues on the beach with a meal.

The Water Festival was born spontaneously in the hot summer of 1984. That year, during the patron saint festivities, and once transferred San Roque to its chapel, the pilgrims who had loaded with the Saint by the town finished exhausted and began to ask for water from the neighbours who watched the celebration from their balconies. At first, this request was taken as a joke, but suddenly a person threw a glass of water from the top of building number 15 of San Roque Street. Even today it is not known for sure who was the person who started what would end up being one of the most important festivals in Spain, but the fact is that, next, the other neighbours threw more glasses, then cubes full of water, then hoses … and people were encouraged more and more. Year after year, the scene was repeated, and in the 90s, seeing the massive participation that it obtained, the City Council established it with an official character. Over the years, the party was evolving and today its popularity is so great that attracts tourists from all over Spain and abroad. Finally, in 2012 is declared Fiesta of National Tourist Interest.

The Water Festival is unique.