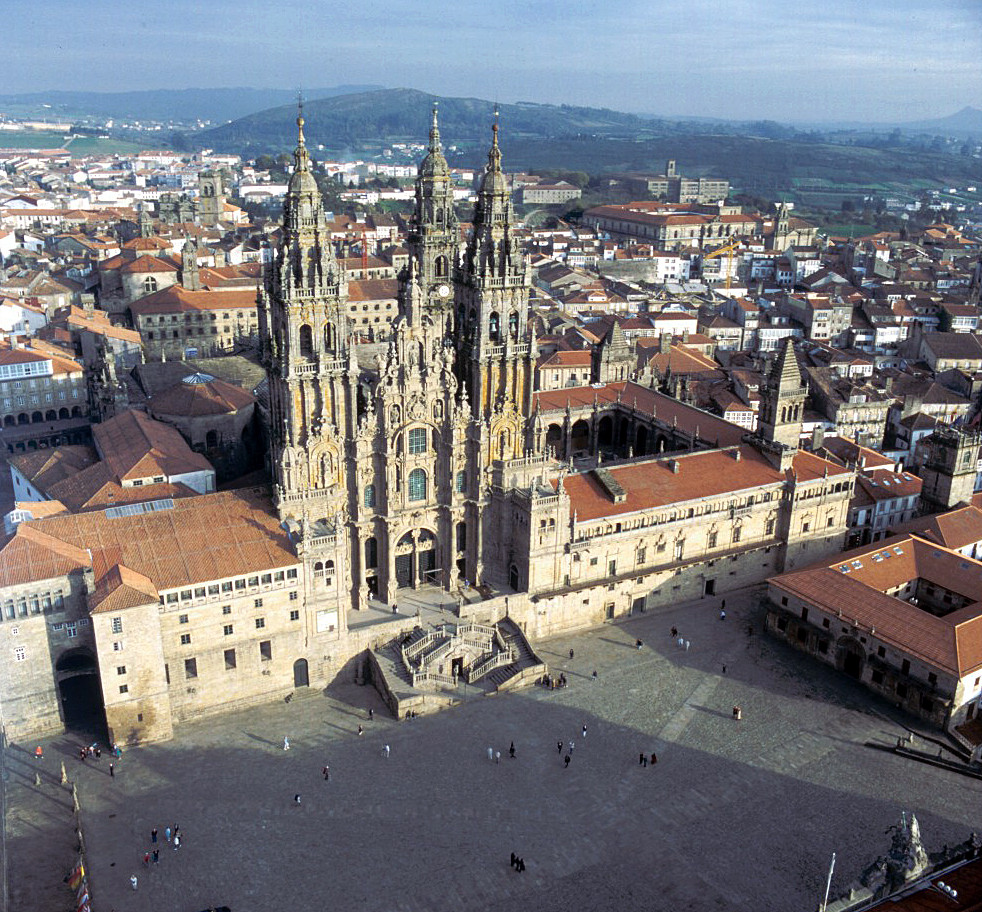 The word “cathedral” derives from “cathedra”, the place where the bishop sits when presiding over the liturgical offices. Consequently, Galicia has five cathedrals, the same ammount as the ecclesiastical provinces in which it is divided. A trip through them is a flight through the ancient Galician geography of the time when dozens of churches flourished in the country: the Romanesque years.

Between the eleventh and twelfth centuries, with most of the Iberian peninsula dominated by the Muslims, this art, the first entirely European, took root in the Cantabrian coast. The five Galician cathedrals are among the finest examples of the style.

Undoubtedly, the most visited one nowadays is the Cathedral of Santiago, seat of the Archbishopric of Santiago. Although construction on the old hill of Libredón began right after the discovery of the body of the Apostle in 814, the works on the existing church began in 1075 under the orders of a certain Bernardo the Old. Its original entrance, the Portico da Gloria of Maestro Mateo, is surely the most perfect example of Romanesque sculptural art and is currently in the process of restoration. The three tall and slender naves of the temple defy the prejudice that the architecture of the time was dark, mysterious.

The construction of the Cathedral of Mondoñedo started in the twelfth century. It is unmistakable because of the spectacular rose window that gives light to the main nave. Located today in a quiet village in the north of the province of Lugo, the beginning of its existence was anything but tranquil. In fact, its current location is not the original one: the bishopric was located a few kilometers north for three centuries, in San Martiño de Mondoñedo, closer to the sea, a location that was too exposed to frequent attacks of Norman pirates and Vikings. Today Mondoñedo shares with Ferrol the status of capital of the dioceses. 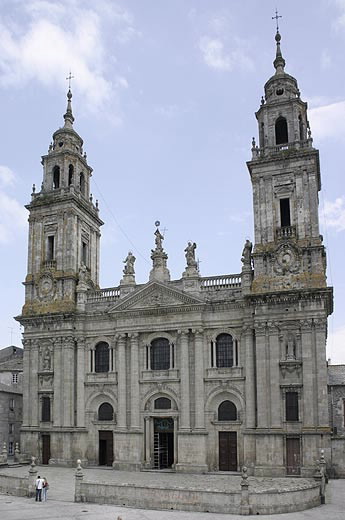 A little further south, less than an hour by car, is the Cathedral of Lugo, closely linked to the Jacobean Route. Also begun in the 12th century, its neoclassical facade looks soberly towards the Gate of Santiago, the entrance point of the pilgrims to the interior of the Roman wall. It is quite an experience to climb to the old bell tower and see, from the top and beneath the bells, the city at your feet and the mountains, often snowed, to the east.

Following the line towards the south is the Cathedral of Ourense, dedicated to San Martiño, saint of great devotion in Galicia. It was consecrated in 1188 and its southern facade, overlooking the Praza do Trigo, with its battlements, its Romanesque door and its clock finished in the XIV, immediately transports those who look upon it to the medieval past. Around it, the years wove a labyrinth of streets that make up old ​​Ourense, plentyfull of other type of more profane temples, those of the gastronomy. 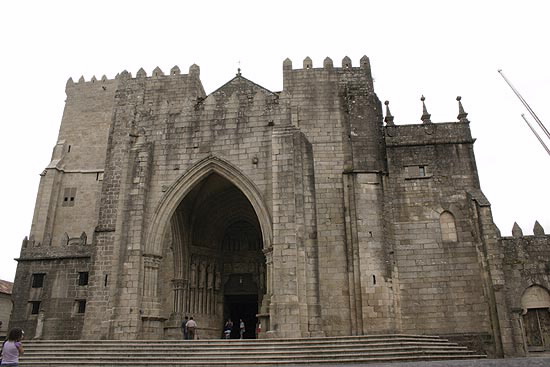 Finally there is the cathedral of the border, the Cathedral of Tui. Today it shares the capital status with Santa Maria de Vigo. Its situation in an elevation on the Miño river, overlooking Portugal, conferred it that characteristic appearence of a church-castle. Although most of the building was finished in 1180, the addition a century later of a spectacular Gothic entrance made it unique in Galicia.

Granite and Romanesque characterise the five episcopal sees of Galicia. We could add to them other Cathedrals, those of Ribadeo, carved by the sea on the coast of slate. But that’s another story.