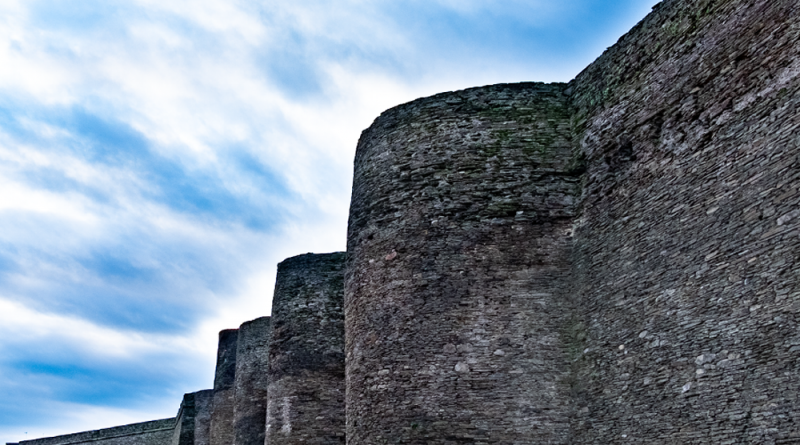 San Froilán. Saint and feast, festival and saint, become at this time of year the great ambassadors of the city, forming a binomial of devotion and leisure capable of attracting people from all over Galicia and even from other communities. Álvaro Cunqueiro said that the celebration in honour of the patron saint of Lugo is the most beautiful celebration of the Galician autumn and although this year the covid has forced to do without big events and reduce the programme considerably, it is always a good invitation to enjoy the many attractions that the city offers. Here we present some of the most outstanding ones.

Declared a World Heritage Site by UNESCO, the Roman wall is the main symbol of Lugo and by itself it already justifies a visit to the city. Its more than two kilometres long delimit the historical centre of Lugo and turn its adarve into a usual place to walk for neighbours and visitors. A dozen gates allow access to the interior of the city and six staircases give access to the upper part of the wall. In addition, one of the buildings in the historic centre has been fitted out with a Wall Interpretation Centre where the importance and influence of this construction on the history of the city can be seen.

The beginning of the construction of the Cathedral of Lugo dates back to the 12th century, but the works in the following centuries have led to the appearance of elements of very different architectural styles. The Pantocrator of the North door, the 17th century choir, the chapels of the Virgin of the Big Eyes and of San Froilán and the Holy Sacrament, which is permanently exposed by a papal privilege, are some of the main attractions of this temple.

Two decades ago, during the work prior to the construction of the Vice-Rector’s Office of the Lugo Campus of the University of Santiago, the remains of an old Roman house (“domus”) and a space dedicated to religious worship (“mitreo”) came to light. Conveniently preserved and museumised, the Domus of the Mitreo is a space that allows visitors to learn about aspects of both the Roman era and the subsequent evolution of Lugo.

Located in the heart of the old town, the Plaza do Campo is one of the main meeting points for the people of Lugo. In its centre you can find the San Vicente Fountain, a baroque piece from which it is a tradition that a couple of times a year wine flows.

Of Roman origin, although reconstructed in the 12th, 14th and 18th centuries, this viaduct over the river Miño on the outskirts of the city continued the 19th century route of Antoninus’ itinerary that linked the cities of Lucus Augusti (Lugo) and Bracara Augusta (Braga). Nowadays it is only suitable for pedestrian traffic and besides offering beautiful views of the river it is linked to some leisure areas such as the river promenade.

Located inside the building of the Spa of Lugo, but can be visited with previous reservation, the Roman baths were built in the year 15 before Christ and are another of the main legacies of that time that have survived until today. You can see the changing room and the different spaces of the bath room.

If the interior of the wall is the heart of Lugo, the Rosalía de Castro Park is its lung. Located outside the city walls, it still occupies a central space of the city and stands out for its gardens, its ponds, its monuments and for the viewpoint from which you can appreciate a beautiful panoramic view of the valley of the Miño river.

The mosaics that decorated an old Roman house built between the 13th and 14th centuries are the main attraction of this museum enclosure where you can also see how the system used by its ancient inhabitants to heat the rooms was.

Beautiful pantheons, sculptures of great artistic value and funerary monuments with historical connotations turn the municipal cemetery of Lugo into a space that transcends its main use. For some years now, it has been part of the European Network of Historical Cemeteries and is the setting for guided tours and activities such as concerts and poetry recitals.

And to finish this tour around Lugo, there is nothing better than recovering your strength by indulging in one of the most famous gastronomic practices of the city: the “tapeo”. Bars, tascas, taverns and other diverse establishments dress up the consumptions of their clientele with an extensive, varied and tasty offer of tapas whose fame is well known and which also leave an unbeatable taste in the mouth of the visitors.