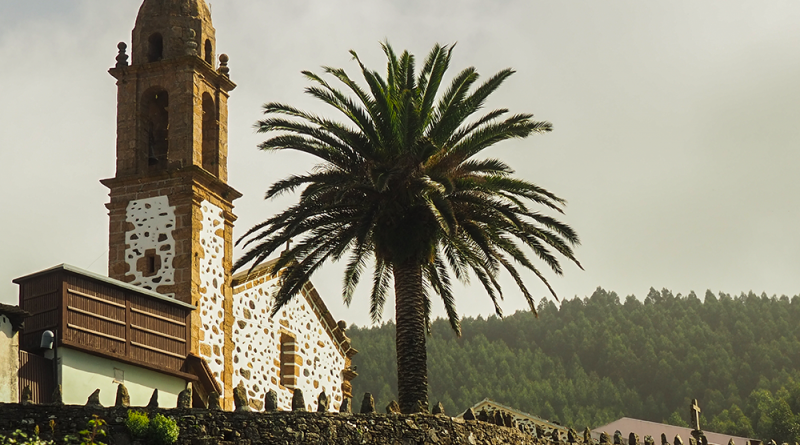 In a few places in Galicia the beauty of its landscapes, the richness of its material heritage and the magnetism of rites, legends and traditions are combined with such intensity to form a place full of magic as it happens in San Andrés de Teixido (Cedeira). The breathtaking cliffs of the Serra da Capelada serve as a backdrop to one of the most famous and visited sanctuaries in Galicia for several centuries. The place welcomes this weekend one of the most important pilgrimages of its calendar annual.

Any time of the year is good to go to San Andrés de Teixido, but on November 30th (and the previous days) it is one of the most marked dates because it is the day on which the festival of the patron of the place is celebrated. There are several rites that will have to be fulfilled by those who approach there: take a stone along the way to deposit it in a “milladoiro” (rock mounds deposited by pilgrims); kiss the small image of the saint inside the sanctuary, visit the miraculous fountain or make the bouquet of St. Andrew. Another of the rites of the place was related to the famous “Herba de Namorar” (weed to fall in love), although today it has been affected because it is an endangered species that should not be torn off.

The pilgrimage to San Andrés began at least in the 12th century, but its importance as a place of worship starts much earlier, which allows us to see how, as with other celebrations, millenary customs and superstitions are hidden under the Christian culture. Already in the time of the Celts, these places enthralled the inhabitants of the area, which made them the scene of various rituals related to the transit of earthly life to the beyond through the seas. Local tradition relates these rites directly to the Holy Company to indicate that the souls in pain that make up this spooky procession also go to San Andrés de Teixido looking for the gateway to the next life. Hence the famous expression “A San Andrés de Teixido vai de morto quen non foi de vivo” (To San Andrés goes live who didn’t go dead).

The transition from the Celtic tradition to Christianity did not subtract mysticism from the place and even gave rise to more mythical tales. One of them tells that the place is dedicated to San Andrés because the saint himself stepped on those lands. According to this legend, the saint arrived in a ship that was shipwrecked and his remains became a rock, known as the Barca de San Andrés (Saint Andrew’s boat) for its resemblance to an inverted hull. Another one of these stories places Jesus Christ and Saint Peter in Teixido and tells that the first ordered Saint Andrew to remain in the place assuring him that he would never miss the visits of people arriving from many other places.

Today, the current sanctuary, which began to be built in the fourteenth century and received several subsequent reforms, is indeed the goal of a multitude of people who come there to demonstrate their fervor, to continue the tradition, to enjoy a enthralling landscape and, also, not to have to return in the next life.