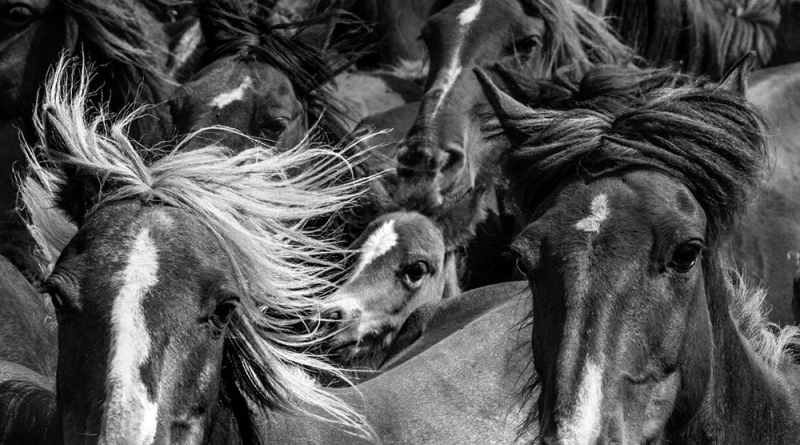 With almost nine centuries of history, the Feiras e Festas das San Lucas can boast seniority and vitality. Its origins are attributed to the time of Bishop Martín, which began this celebration in 1246 on the occasion of the consecration of the Mondoñedo Cathedral. But there are those who go even further back in time and point out that it was King Alfonso VII who in 1156 authorized an eight-day party in the municipality founding the current celebration. In the Municipality of Mondoñedo they are clear and explain that these background converts As San Lucas “in the oldest fairs of Galicia, the old Kingdom of León and the fifth oldest in Spain”. And so have also recognized other administrations giving it the consideration of a tourist interest.

Initially it was developed in the month of August, but the obligations of the agricultural calendar became displaceable until mid-October. What has not changed despite the passage of time is that As San Lucas is a celebration of as much tradition as ethnographic value that has preserved its most characteristic elements.

The cattle continue to play a central role in the program of events and each day of the celebrations maintains a particular nomenclature. The arrival of the horses to the fairgrounds and the walk on Vespers Day (Thursday 17th), the traditional horse fair and the Galician walking contest on As San Lucas Day (Friday 18th), the morphological contest of Galician horses and mares of the Middle Day (Saturday 19th), and the trotting horse contest of the Day das Maulas (Sunday 20th) are some of the appointments that will gather more attention these days in Mondoñedo as it has been going on for centuries.

The party has also managed to make room for modernity and there are many proposals that complement and enrich its program year after year: popular meals, proclamation (this year with Manuel Lourenzo), parades, theater, tributes to illustrious characters born in the town (Pascual Veiga and Noriega Varela this time) and verbenas will not be missing even this time.

This year also, coinciding with the 800th anniversary of the beginnings of the construction of the Mondoñedo Cathedral, As San Lucas will add another attraction: an Inter-Celtic Festival organized with the sponsorship of the Consellería de Cultura e Turismo through the program O Teu Xacobeo. It will take place on Saturday 19th making the town a meeting point for lovers of folk music. The Cathedral Square will be filled with music with the performance of an outstanding representation of the music made in Galicia and in other countries of Celtic tradition. A group of bagpipers will kick off the evening playing from the towers of the Cathedral. Then, the Asturian piper Brais Rodrigo, Xabier Díaz and Adufeiras de Salitre, the Irish group Lunasa and the French Gwendal will be in charge of putting the golden clasp in a centenary celebration that continues to ooze vitality.