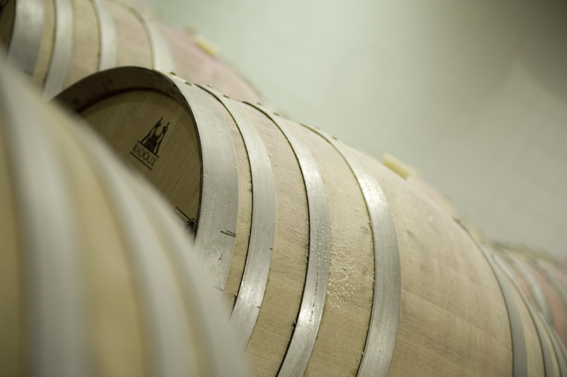 Valdeorras is the most Eastern region of the province of Ourense, limiting with León. The wealth in natural resources and the lands fertility made Valdeorras a reception area of many peoples along history. There are abundant remains from the megalithic era in the Natural Park of the “Serra da Enciña da Lastra”, besides the rock strokes and the petroglyphs of Valdegodos, Petín and San Esteban de A Rúa Vella. The arrival of the Romans substantially changed the valley, because they moved population centers to the plains and built one of the most important roads of the Iberian Peninsula, the “Vía XVIII” or “Vía Nova” [later used as Camino Real or Camino de Invierno (Winter Way) on the Saint James Way].

Bridges like those of the Bibei River, tombstones like that of A Rúa Vella, A Cigarrosa’s mosaics and milestones, form part of the Roman imperial legacy; although its most singular piece of work is the tunnel at Montefurado, excavated in order to divert the river’s course to extract the gold it dragged and today it is a place with a great touristic attraction and can be seen from a few meters above from the N-120 road. Subsequently, in the XVII century the spectacular Sanctuary of As Ermitas stands out surrounded by ancient terraced vineyards, that nowadays have become one of the most important places of cult in this area. The region is composed by nine municipalities: A Rúa, O Barco, Rubiá, Petin, O Bolo, Carballeda, Larouco, Vilamartín and A Veiga. Almost all of them have wine farms that give this territory a unique singularity.

This D.O. is particularized because there are hundreds of traditional wineries where the elaboration and care for wine is done in the bowels of the earth, in caves excavated in clay – many of these ancient wineries are conserved in their original state. The antiquity of some of these caves is of various centuries, being many of them preserved in perfect condition. Their chimneys are singular, known as refugallo (waste, residue) – they catch our attention, most of all from the outside because they appear to be a curious element in the Valdeorras’ landscape -; they are used for airing and adjusting the temperature in the winery. The quality of the Valdeorras’ wines make it a reference in the wine sector and wakes up national and international interest about a region where wine becomes the maximum expression of the land, championing its essence in a bottle. 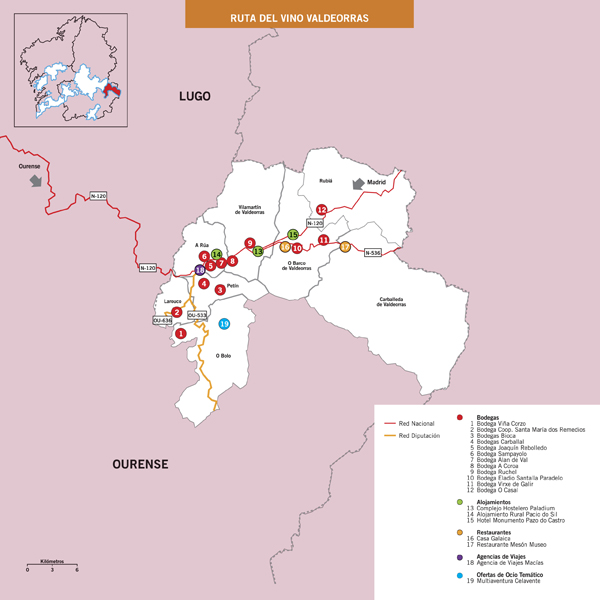 The area of production of this Designation of Origin takes over part of the Sil, Xares and Bibei Rivers basins. It presents a great diversity of soils for the vineyard area having 3,2 acres. The preferential variety in whites is Godello, but there are other types that are cultivated like, Doña Blanca which they call Moza Fresca (fresh dame), and in reds the preferred are Mencía and Merenzao that can also be accompanied by Sousón, Albarello, Garnacha Tintorera and Gran Negro. From the Godello variety we obtain wines with an intense fruity and floral fragrance, very well structured in the mouth. From the Mencía type we get red scarlet wines, with elegant wild fruit aromas and soft corpulence. 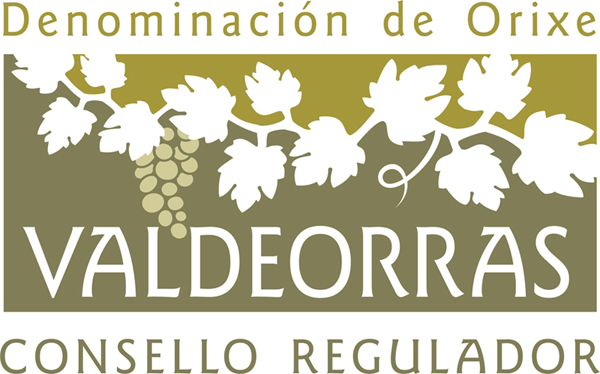