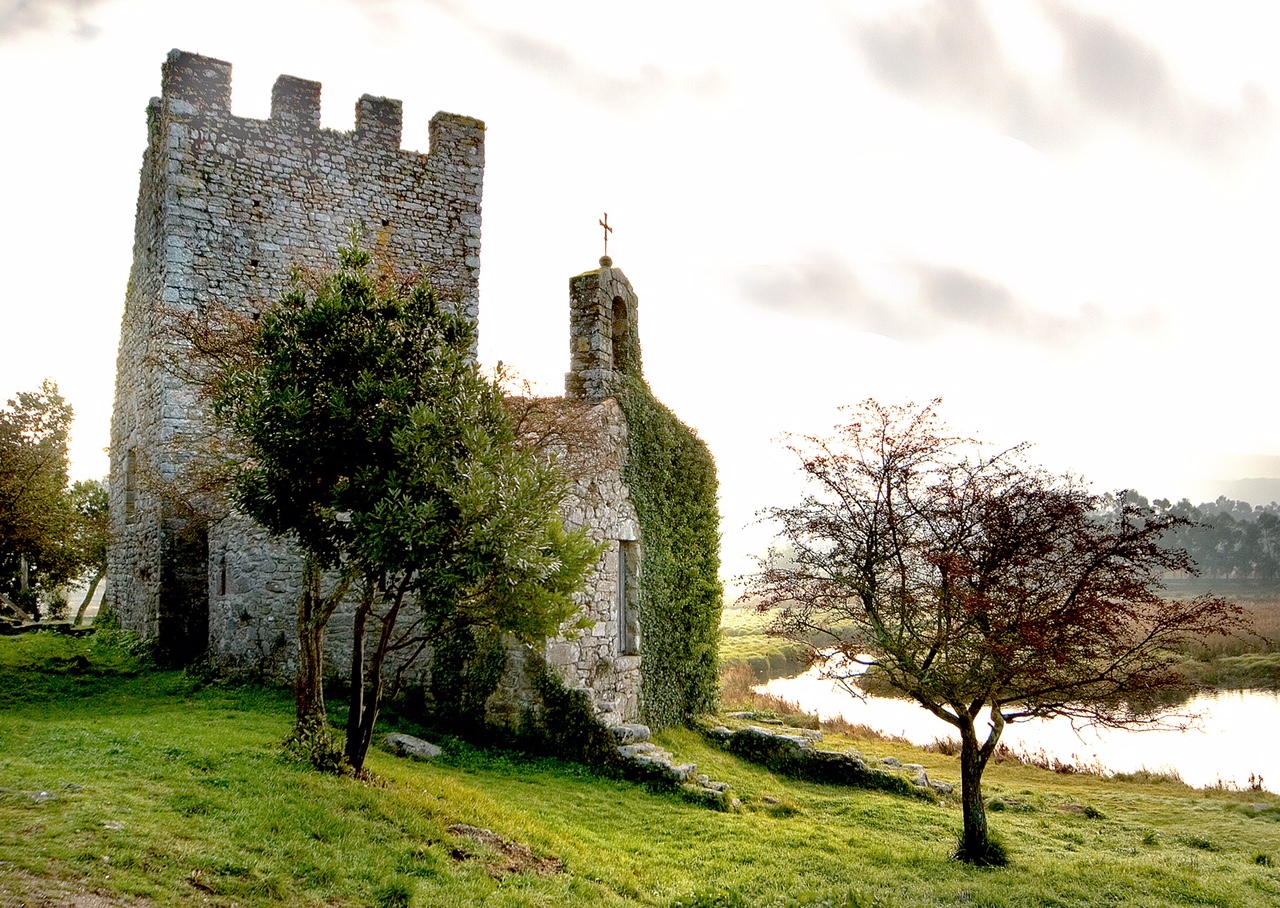 On the banks of the Ulla river and under an imposing viaduct, in Catoira, there are the ruins of the ancient fortress “Castellum Honesti” best known as the Torres de Oeste, nowadays.

Its origin dates back to the 2nd century B.C. when a castro village was set up there, as evidenced by the remains of ceramics and bronze weapons found there. Later, with the arrival of the Romans, the Castellum Honesti was built and allowed the area to become an important commercial port that opened the way to the present day Galicia -according to the third book of De Chorographia by the geographer Pomponio Mela-.

The fortress was reinforced in the 12th century by order of Diego Gelmirez (first archbishop of Santiago de Compostela and one of the decisive figures in the promotion of the Jacobean pilgrimage), in order to protect Santiago de Compostela from the Scandinavian and Saracen expeditions that sought to attack the city. The geographical location of the municipality of Catoira was perhaps one of the main reasons why it suffered so many attacks in the past.

The structure of the historic complex consisted of a walled enclosure with seven towers that closed the entrance towards Padrón, thus preventing the passage to Compostela. In addition to the towers, the fort completed its defence with the swampy environment where it had been built. The protection and security of these lands was so important that the book Historia Compostelana (Historia Compostellana, in Latin) considered it “the key and seal of Galicia”. Among the towers, Gelmirez also built a simple pre-Romanesque chapel dedicated to the apostle Santiago, whose body, according to legend, passed through this place on its way to Santiago de Compostela.

Although it served as a defence against the attacks of the English in the 18th century, only two towers and a few sections of the wall that formed part of the enclosure are still standing today. As time passes and due to abandonment, they were falling to the present state in which they are.

The Torres de Oeste, declared a National Monument in 1931, are part of the scene of one of the four festivals of International Tourist Interest held in the province of Pontevedra, the Viking landings of Catoira that has been held for more than 50 years, simulating a Norman landing that attracts more and more visitors.

For lovers of history, this is one of the most important events of the year, where in addition to the landing you can also enjoy a popular meal that includes octopus, mussels and red wine from Ulloa.