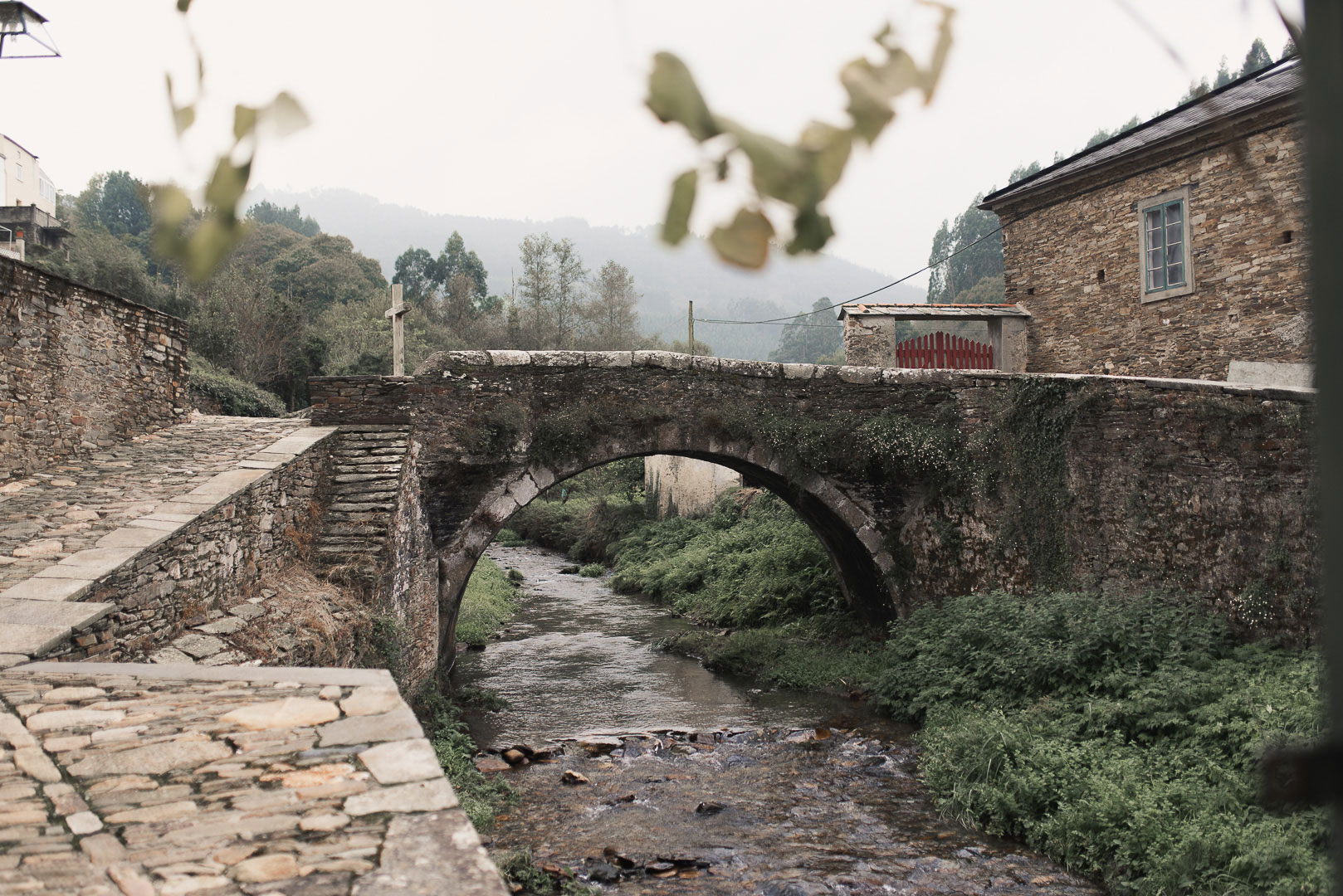 Mondoñedo is a historic small town located in the region of Mariña Central, in the province of Lugo. The municipality is known thanks to its cathedral, for being the hometown of Álvaro Cunqueiro and for being one of the cities through which the Camino de Santiago passes.

Mondoñedo´s cathedral  is the center of the town, and in its proximities they are other old buildings that conform the town´s core. A little away from that historical center, almost on the outskirts of the town, is the Barrio dos Muíños. This interesting suburb, popularly known as “The little Venice” is crossed by many canals that bring water from the Valiñadares river to feed the many mills that give this neighborhood its name.

Os Muíños was historically an artisan district, inhabited by bakers, blacksmiths, potters, carpenters and other professionals, who were in charge of producing what was necessary to maintain the town. For that, as we said before, they used beautiful canals that made work the ten or twelve mills in the neighborhood work (of which only one is still in use). These canals gave rise to a curious urban landscape, full of bridges (small, made of slate and larger, made of stone). Among them, there is one that has a lot of history: A Ponte do Pasatempo. Of Roman style, it received its name for being the bridge in which the clergymen entertained Marshal Pardo de Cela´s wife, who carried the pardon for her husband. While she was talking with the religious men, Pero Pardo de Cela (the last of the Galician nobles who opposed the Catholic Monarchs), was being executed in the Carhedral´s Square.

Especially from the second half of the twentieth century, the neighborhood, like the whole of the town, was losing population; the mills were abandoned, and the artisans either went away or grew old. But this landscape is nowadays changing: thanks to the town hall, in the last years several artisans of different parts of Galicia came to settle here. Mondoñedo seeks to become one of the centers of the crafts sector in Galicia. Thus, nowadays, we can find in Os Muíños a puppet workshop, a serigraphy workshop, a potter, a stonecutter and some other professionals. In addition, in the neighborhood takes place the Feiramostra Os Muíños, which has more than thirty craft stalls of artisans that come from all over the region.

This Mondoñedo´s neighborhood recovers its manufacturing essence, becoming an interesting place to see as you pass through the august city of Mondoñedo.