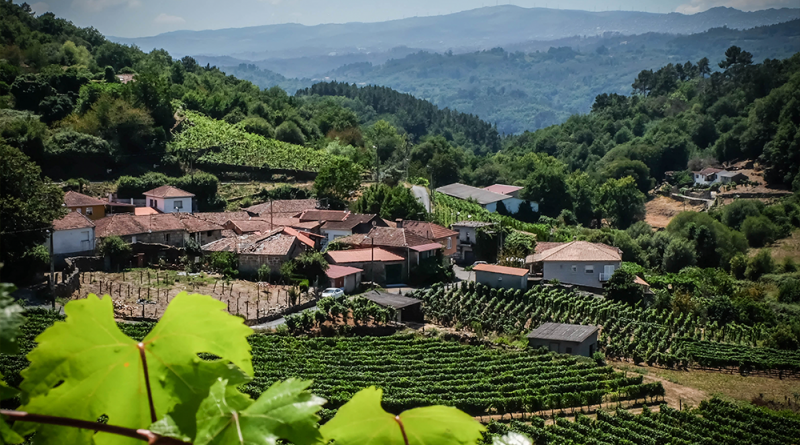 The Galician festivities continue to take steps forward and consolidate as celebrations of reference for its tradition, its uniqueness and its roots. Six of them have just received a new recognition because they have been declared of tourist interest. This way more than 150 celebrations already enjoy this consideration in this land. Here we tell you what they are the six new and the basic information so you can write them down already in your agenda.

Devotees from all over Galicia meet every June 24th in the Lalinean parish of Losón to participate in a massive pilgrimage whose origins date back several centuries back in time. The story of a hermit who lived there in the eighth century led to the construction of the first chapel and that the area was known as O Corpiño, and the Marian apparitions that according to tradition took place in that same area in the twelfth century marked the beginning of the signs of devotion that still survive today. The procession of June 24th is the central act of the celebration, but many faithful come to the Sanctuary of Nosa Señora do Corpiño the previous day and also on March 25, day in which the Winter Corpiño or Small Corpiño is celebrated.

The special way in which devotees make their promises to Santa Marta is what distinguishes the Romería de Ribarteme from many other celebrations that take place throughout Galicia. In the case of this celebration when someone wishes to recover from a serious illness, get a relative to do it, or thank the Virgin for any promise fulfilled, they introduced themselves into a coffin and are taken in procession the day of the celebration. They sing “Virxe Santa Marta, Estrela do Norte, we let’s bring you who back from death” and their image and that of the penitents who walk after the Virgin barefoot or on their knees form a unique image. Formerly even children participated in this ancestral rite, but today their coffins are transported empty.

An ancient pagan celebration is the origin of this procession in which fire is the protagonist. Upon arriving on the night of the january 19th, participants light a 30-meter-long torch and hundreds of smaller torches, and begin a tour of the old town surrounding the castle until they reach the atrium of the church of Nosa Señora dos Remedios. There they put all the torches on the ground to form a great bonfire while the bells ring and before giving way to the most playful part of the celebration, with music until dawn. Several hypotheses have been formulated over the years to try to explain this rite that could well have started as a cult of the sun and that is currently framed in the celebration of San Sebastian, although there are those who also relate it with an epidemic of plague and with the habit of burning the belongings of those affected.

Nestled in the region of O Ribeiro, the municipality of Leiro has a close relationship with the world of wine so it is not surprising that one of the most important celebrations of its festive calendar has to do with the cultivation and collection of grapes. Each year, when the final stretch of the summer arrives, the town becomes an activity that has been practiced in its fields for centuries at the axis of its Festa da Vendima and pays tribute with a monographic party to this activity and to the people who engage in it. The parade of floats and brass bands is the main moment of the celebration and allows the public to contemplate the neighbors representing the different jobs related to the work of the vine and the production of wine.

– When: Last Sunday of August

An idyllic natural environment, a firm commitment to root music combining both Galician artists and international stars and a loyal audience make the Festa da Carballeira de Zas much more than a simple musical festival. In its 40 years of life, the celebration has not stopped growing and the concerts of the night of the first Saturday of August (the central event of the program) has been adding a previous night and an afternoon of performances The best groups and artists of the national and international folk scene already know what it means to play among Zas’ oaks.-

– When: First Saturday of August

May 1st is much more than Labor Day for the residents of Láncara. It is a day of exaltation of the best meat through the celebration of the Tenreira Galega Annual Fair in A Pobra de San Xiao. This year it will be the twenty-second edition of a reference party already for the whole region and in which cattle competitions, exhibitions of machinery and craft, and music will be the perfect dressing of a lunch in which the Galician beef will once again demonstrate the motive of the celebration.