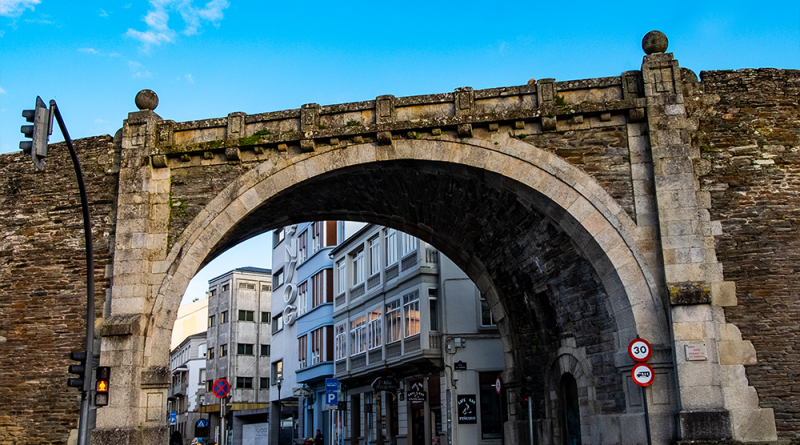 The double recognition as a World Heritage Site by Unesco, both individually (in 2000) and as an outstanding monument of the Pilgrims’ Ways to Santiago (in 2015), was the great confirmation of the exceptional and enormous historical and heritage value of the Lugo City Wall. Considered as the best preserved Roman construction of this nature in the Iberian Peninsula, this impressive defensive structure of more than two kilometres in perimeter is currently a great source of pride for the inhabitants of Lugo and for Galicians in general, who have seen how, despite the more than 17 centuries that have passed since its construction, it has survived to the present day.

Although that was not an easy one, as shown by the modifications that are visible in several points of its walls. In fact, the very existence of the Wall was endangered at various points in its history. Its possible demolition to facilitate the growth of the city, as happened in other towns, was the subject of intense debate during the 19th century, which was happily resolved in favour of conservation.

The scars of the struggle between those who did not see it possible to reconcile progress and heritage conservation and those who defended the importance of respecting history and monuments are still visible. Among these scars, the Bishop Odoario gateway occupies a prominent place. Its opening in the 1920s was precisely what marked the turning point for the protection of the Wall and its subsequent enhancement.

Ángel López Pérez, mayor of the city in four different periods between 1905 and 1931, carried out the project to open this access with the aim of facilitating transit to the new hospital of Santa María. He followed in the footsteps of similar initiatives undertaken in previous decades to also provide access to other newly created facilities: the train station, through the Station Door (opened in 1875, but rebuilt in 1921); the prison, through the Campo Castelo or Bishop Izquierdo Door (opened in 1887), and the seminary, through the Bishop Aguirre Door (1894).

At the beginning of 1921, coinciding with the laying of the first stone of the Santa María hospital centre, which today houses part of the offices of the Provincial Council of Lugo, Ángel López ordered the dynamiting of the nearest section of the wall in order to build the new passageway. However, the action was met with rejection from the local residents and a complaint that ended up in the courts, as the proper legal channels had not been followed to act in this way on the wall. That legal process was not enough to repair the damage, and although the project was prolonged for several years, finally, in 1928, the last of the accesses opened in the millenary enclosure was inaugurated: the Bishop Odoario Gate.

But the opposition that this new action aroused and the commotion it caused hastened the process for the Spanish government to approve the declaration of the Lugo Wall as a national monument, a process that had begun several years earlier, but which had not progressed at the pace desired by those in favour of protecting the monument. The official agreement was finally adopted on 16 April 1921. Since then, with the exception of occasional work on the existing gates, the structure of the Wall has remained intact and projects have even been undertaken to remove part of the constructions that had grown up around it over the centuries. Nowadays, the Wall is not only a symbol of Lugo, but it has also become a meeting and leisure point for the locals who walk along its parapet and for the tourists who come to the city attracted by its monumentality.