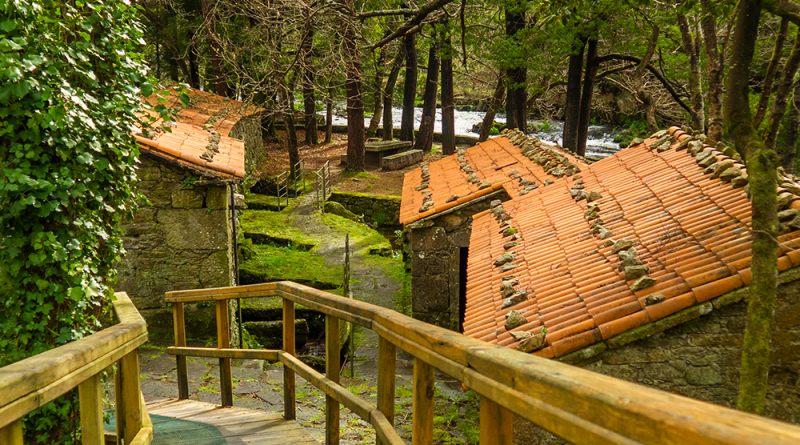 Galicia is a land rich in examples of harnessing the hydraulic power of rivers. There are many mills that over the centuries were built on the banks of the rivers to produce flour. In a few places, in addition, other structures are erected that also served to convert the flow of water into energy with which to move an ingenious machinery, but which were not intended to grind grain, but to collaborate with the incipient textile industry.

We are talking about the “batanes” (also known as “folons” or “pisones” in some places), constructions designed to work wool fabrics once they left the looms, compacting them and making them more resistant at the same time that we eliminate excess material. There ir evidence that structures of this kind already existed in the Peninsula almost 9 centuries ago and in Galicia toponymic references allow a glimpse of their presence in very different points of our geography, but few have been preserved to this day.

One of the most outstanding examples can be found in the A Coruña municipality of Vimianzo, in a place beside Grande River that combines natural charm with great historical and ethnographic value. As explains by the municipal officials, there is evidence of the existence of the Batáns do Mosquetín as early as the mid-eighteenth century, since they appear collected in the Ensenada Cadastre, and remained in use until the 1960s. After a couple of decades of neglect, at the end of the 80s and thanks to the efforts of some residents and the associative movement in the area, the recovery works began, which would culminate, already in the 90s after the active involvement of the authorities, with the acquisition of the place and its musealization.

The O Mosquetín complex consists of two buildings in which it is possible to see three “batanes” together with four corn, two wheat and one bran mills. All of them were supplied with water collected from a nearby dam and channeled to the facilities. In the case of “batanes”, the machinery is made entirely of wood and lacks nails or other metal parts that may suffer the effects of oxidation due to contact with water. The wheel, which is moved by water; the mallets, which hit the fabric, and the table, which holds the mallets and houses the fabrics while they are being worked, are the three fundamental pieces of these ingenious machines that are completed with several other elements that help to support them and transmit the force of the water.

In O Mosquetín it is not only possible to see their “batanes” in operation, but you can also see a spectacular scale model of another “batán” that, like those of Vimianzo, remained active until not too long ago. José Ramón Ces Ces, owner of the Batanes de Servia (Lousame) decided to build that piece in the 70s to preserve the memory of the machinery that had been in operation until 1960 and even made a notebook with illustrations and the names and measurements of the pieces to allow in the future to know how they worked. Currently, its model is an added attraction of the O Mosquetín, a place that invites you to learn a little more about our past, but also opens the doors of a beautiful natural space conditioned for the enjoyment of families.