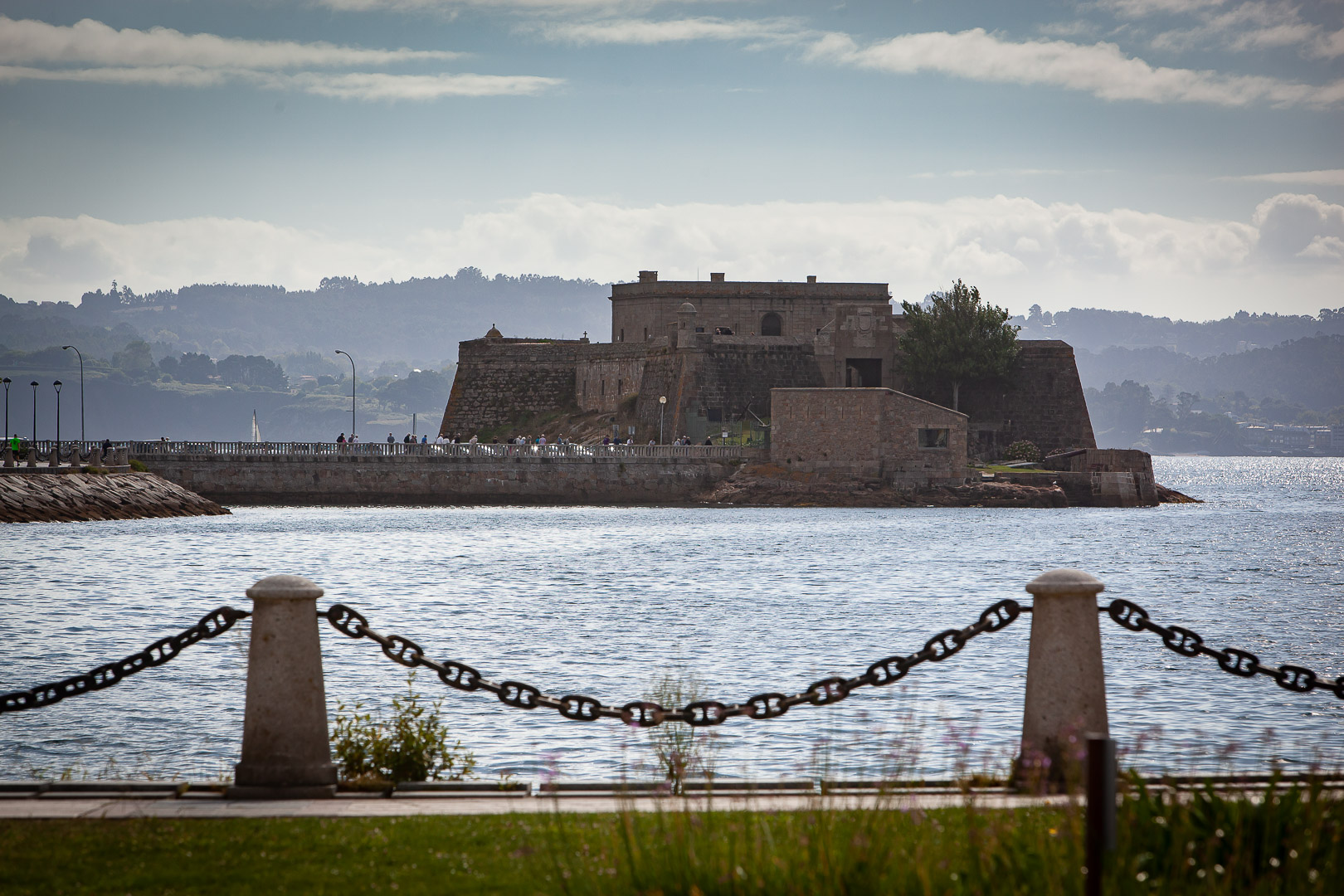 The origins of the Castillo de San Antón, in A Coruña, date back to the 16th century and since then its functions have not ceased to evolve. It has gone from being a refuge for sick sailors, a medieval fortress and prison to becoming what it is today, the Archaeological and Historical Museum of the city of A Coruña. An emblematic place from which we can enjoy spectacular views of the bay or walks through the coast.

Initially, before it even became a fortress, this small island served as a shelter for quarantined sailors who arrived sick from their long boat trips. On the ‘Isla de Pena Grande’ – as it was known – there was a chapel dedicated to San Antón which, later on and under the recommendation of Carlos I of Spain and V of Germany, would be surrounded by a fortress. The monarch, who had detected the city’s poor defensive structure, recommended the construction of three forts in the bay (Santa Cruz, San Diego and San Antón) to prevent -or at least resist- attacks by invaders.

However, the work did not start until about 1588. Still under construction, the fort had to withstand the attack of ‘La Invencible Inglesa’ led by Drake and Norris. A Coruña’s defensive system was unable to curb British assailants, who were eventually defeated by a popular uprising led by the illustrious María Pita.

This episode accelerated the works that were definitively finished ten years later, in 1598. However, in the 17th century there were more attacks that convinced the general captain of Galicia to reform the facilities, adding, among other things, a bonnet with capacity for three pieces of artillery, two bodies adjacent to the chapel and casemates. Between 17th and 20th centuries, improvements continued to be made. The initial facilities were modified as their use evolved. At this stage, the construction of the footbridge linking the island with the mainland, the construction of the Governor’s House and the removal of the initial chapel stand out.

Throughout this period, the castle also served as a prison for common criminals and political prisoners. Among them we can remember some mythical characters such as Alessandro Malaspina, accused of high treason by Godoy and who served 6 years behind bars; Juan Díaz Porlier ‘El Marquesito’, defender of liberalism was sentenced to 4 years in prison; Rafael Melchor de Macanaz, one of the ministers of Felipe V persecuted by the Inquisition for defending the proposal to reduce his power and, of course, the reprisals in the Franco dictatorship.

Finally, in 1964, the Archaeological and Historical Museum of A Coruña was created, which was not inaugurated until four years later, after undergoing a reconditioning that included the demolition of the buildings and the closures in front of the main entrance. On the other hand, new ramps were built to access the wharf and to the corridor that connects with the city; the masonry at different points of the facilities was replaced and the original pavements were covered with more uniform masonry.

As we have seen, the history behind this Historical-Artistic Monument is wide and nowadays it could be stated that it is one of the points of tourist interest that cannot be absent in the visits to the city of A Coruña. It is in an exceptional location and it has an extensive collection of medieval art, castreña culture, protohistoric goldsmith’s pieces – and much more- that you can’t miss. In addition, the visit to the castle allows you to contemplate simultaneously the content (exhibitions, collections, etc. ) and the architecture of the castle itself.

After this historical tour, the stop at the Jardines de San Carlos, next to the Castillo de San Antón, is highly recommended. Known as the Old Fortress, they are protected by a large wall that served as a defense for the city. It is a romantic garden that, besides attracting attention for its centennial trees and for the funeral monument dedicated to John Moore (British soldier killed in the Battle of Elviña against the French), offers a unique panoramic view of the port. It is clear that A Coruña hides incredible places behind its walls.