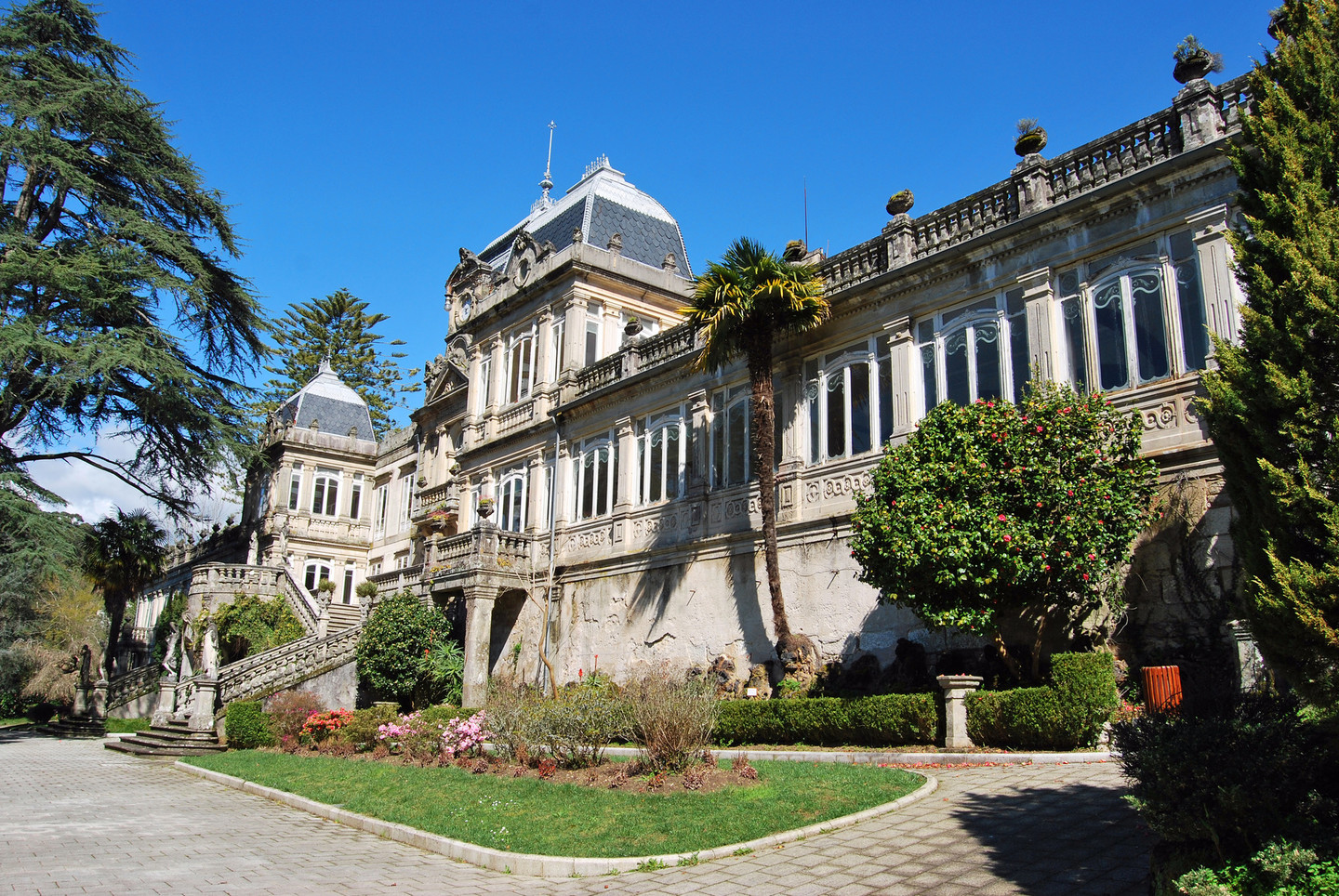 Although it is more frequent to associate the ideal of beauty with the new, the truth is that there is also an inherent beauty in old and even abandoned places. Many, still covered with moss, vegetation and dust give off a halo of magic that impacts those who visit them. Something like this happens in the Pazo de Lourizán, in Pontevedra, which was adapted to the times and circumstances depending on its usefulness to be today one of the places to discover of the Rías Baixas.

The building, which was originally fitted out as a farm in the 15th century – of which the pigeon loft is still preserved – stands out above all for having been the summer residence of Eugenio Montero Ríos. Galician politician and jurist, who turned Lourizán into a political and social reference centre of the time, bringing together the most influential personalities of the time. He was also responsible for much of the majesty of the place today. Between the end of the 19th century and the beginning of the next, he built -among other things- a palace, a greenhouse and some spectacular gardens that already had elements from previous times, such as a granary from 1798 and a fountain from 1804.

With time, in the 40’s, it passed into the hands of the County Council of Pontevedra which, in 1943, ceded it to the Ministry of Education to be used as a Regional Centre for Teaching, Research and Forestry Experiences. In 1946, it became a Forestry Technical School and today it is a Forest Research Centre integrated in the structure of the Xunta de Galicia.

The centre, which looks after the protection, conservation and advancement of Galicia’s forest heritage, is located – like the Lourizán Botanical Garden – on a 52-hectare estate that makes up the environment of the pazo. A sumptuous building that despite being abandoned, retains the charm of a better era. However, even if it is closed to the public, the outside is not wasted. With an impressive imperial staircase guarded by statues, which opens to the sides and rejoins, and vegetation falling down its walls, the place retains a magic that is very easy to appreciate in every corner. 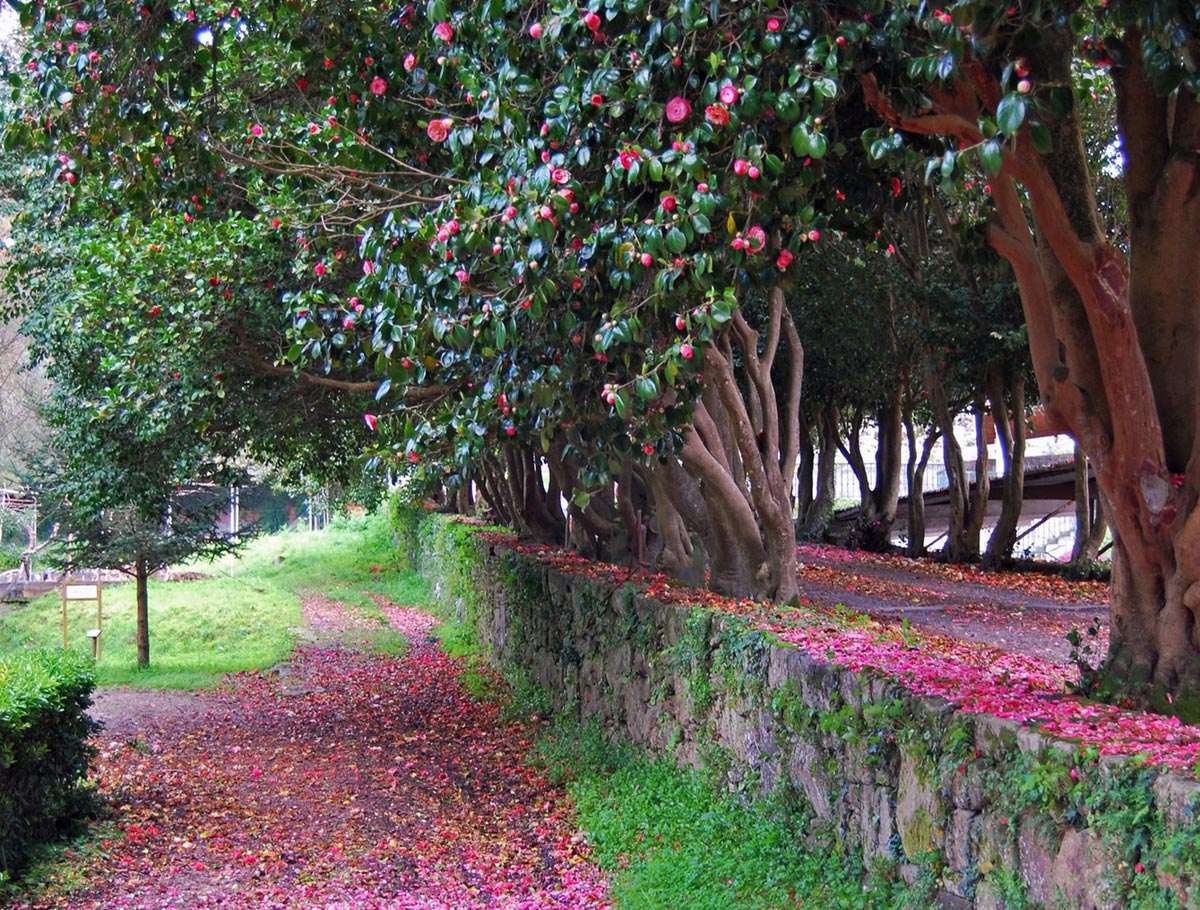 After overcoming the astonishment in the Pazo de Lourizán, you should not leave without visiting its gigantic garden. A space perfectly cared for and totally open to the public that you can get to know on your own and with a map in hand (http://bit.ly/LourizánMap  ) or by arranging a guided tour (http://bit.ly/LourizánTours). Areas of native trees such as oaks, chestnuts or birches are combined with others for the cultivation of foreign species such as cypresses, cedars, magnolias, bananas and more.

However, you will also discover the presence of one of the most appreciated flowers in Galicia, the camellia, which dyes the paths that run through the garden with a pinkish tone. If you fall in love with this species, you should not miss the Camellia Route, to which the pazo belongs.
Without a doubt, an idyllic setting in which it is difficult not to bring out our most romantic version between steps.