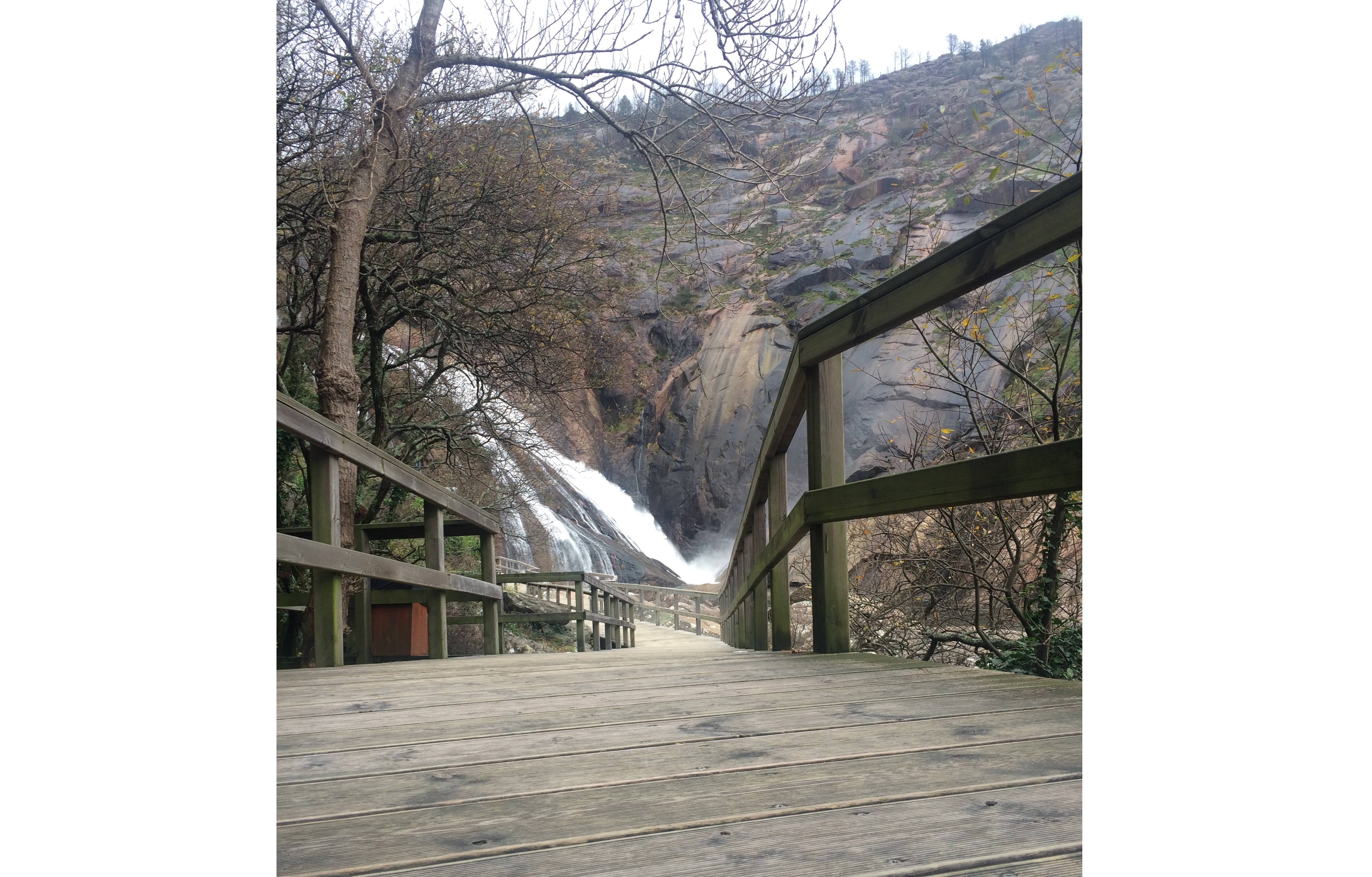 O Ézaro is a small fishing village in the province of A Coruña. Its promenade, its small sandy beach or its historic center deserve a visit, but the real protagonists of this place of the Costa da Morte are, without doubt, the waterfall and the viewpoint.

The waterfall of the O Ézaro is a waterfall that forms the river Xallas in its mouth to the sea. It is located in the municipality of Dumbría. From a height of more than 100 meters, the river precipitates in a free fall to ocean front of Cape Finisterre forming a well of more than 20 meters of depth. This place is unique both for its beauty and for its uniqueness, as here we can see the only river in Europe that cascades directly into the sea. It is quite a spectacle, especially when the gates of the Santa Uxía reservoir open and the water begins to descend with all its force on the slopes of Mount Pindo.

Father Sarmiento, in his “Journey to Galicia”, of 1745, already said that:

“I could not get close to see how it ended, but I passed very close to the site and I informed myself, that it falls not making a jump or a cataract, but precipitating directly into the sea making a well of immense depth, and dangerous and raised one like a foam mount and dusting, because the Ezaro carries much water.”

It is an equally fascinating spectacle both night and day, and the waterfall looks beautiful also on clear nights in the light of the moon. This is because, during summer nights and other holiday periods, the waterfall illuminates. That is why it is not strange to find visitors at any time. In fact, there are even canoe routes that get there both day and night to admire their beauty more closely, from “inside”. Whoever has tried it says that the experience is absolutely extraordinary.

But the astonishment does not end here …

If one has thought that he has seen everything in Ézaro, he is wrong, since what remains to be seen is going to fascinate him as much or more as he has seen. On a road with infinite slope we reach the viewpoint of the village, in the middle of Monte Pindo, place from which you can get a panoramic view of much of the Costa da Morte. It is hard to rise, but not doing so would be unforgivable. Some people say that approaching the waterfall and not climbing up to the lookout point is like getting to the Cathedral of Santiago and not visiting the Apostle. Once up there, just take a few seconds to realize the impressive print that we have before our eyes and around us.

One of the things that will most impress us at that point will be to see how the river Xallas is impassable in the dam of Santa Uxía, as well as the singularity of the rocks sculpted by the wind and by the water that made of these locations an almost magical place , giving rise to mysterious legends.