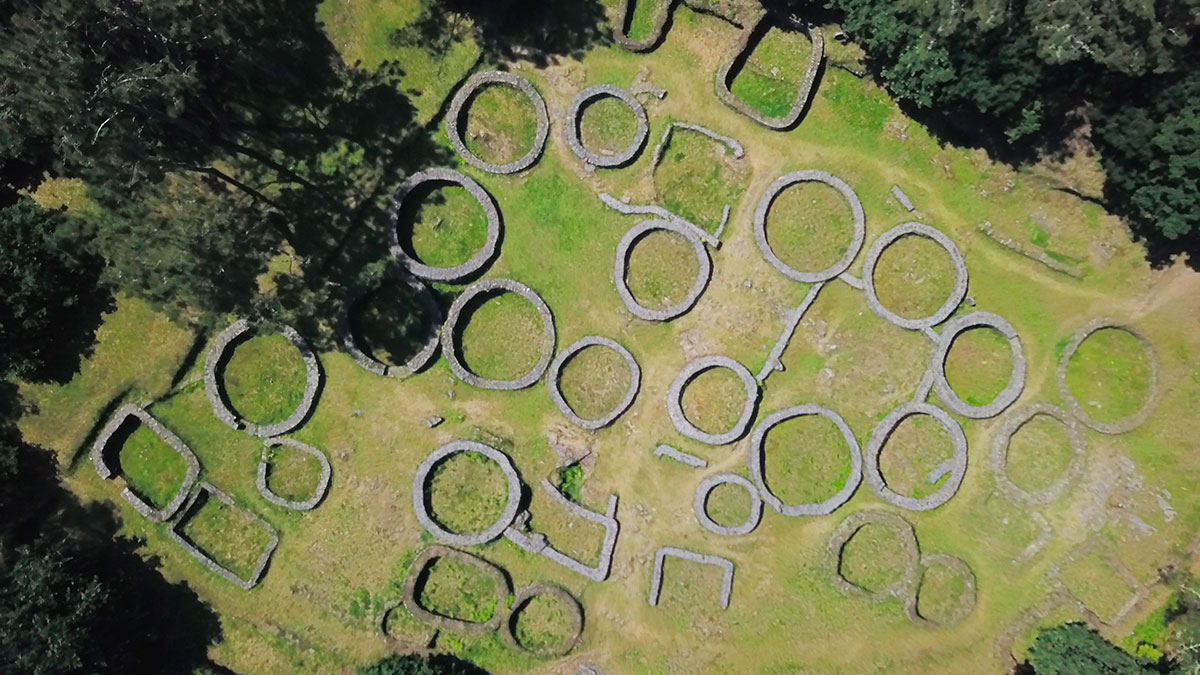 Just three kilometers from the sea, in Cabana de Bergantiños, is one of the most representative archaeological sites of castrexa culture in Galicia: the Castro de Borneiro. The castrexa culture brings together a group of cultural manifestations that emerged in the northwest of the Iberian Peninsula from the late Bronze Age (9th-8th centuries BC) until the 1st century AD In the specific case of Castro de Borneiro, it is estimated that it was inhabited between the 4th centuries BC and I-II DC.

The successive excavations carried out since the discovery of the site in 1924 by Isidro Parga Pondal, allow us to get closer to the daily life of its inhabitants, as well as their economic and spiritual activities. 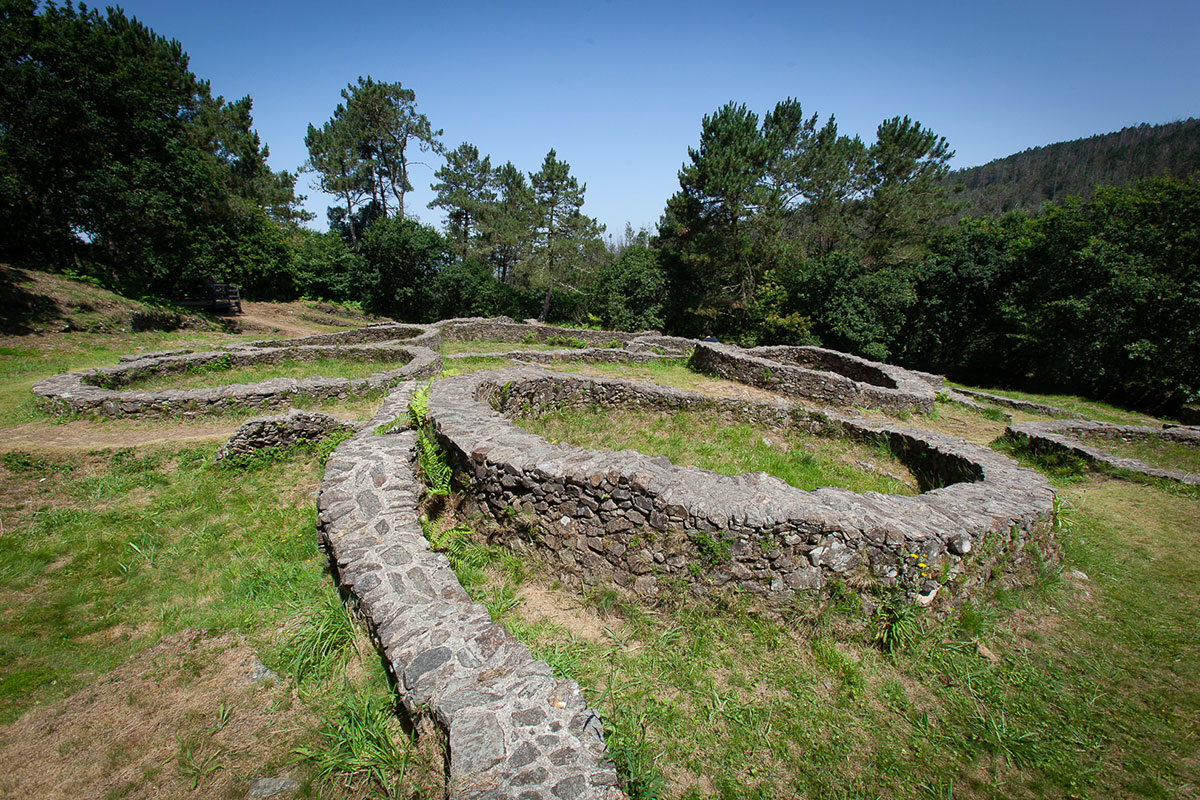 Located 200 meters high and in the vicinity of a stream, the Castro de Borneiro is a permanent fortified settlement, characteristic of the Iron Age, in which between 300 and 400 people lived, who were mainly engaged in agriculture and cattle raising. The town has a complex system of defenses with three lines of walls and pits, in addition to two monumental doors, one of them with guard corps. In the fort it is possible to distinguish, in the upper part, the main enclosure or “croa“, where the domestic constructions are, and the antecastro, dedicated to the agricultural works. At the main entrance, highlights the outer neighborhood, which would be a spa with ritual purposes.

In each of the houses shared space families of four to six people, who wore clothes of wool or linen, made in wooden looms. The men wore a dark-colored tunic (sagum) that reached to their feet, and women dressed in floral ornaments.

In any case, not all the castro buildings were houses. Some would be stables, warehouses, or even craft workshops (blacksmiths, potters, carpenters, basket makers, etc). In the excavations carried out in the 80s under the direction of Ana Romero Masiá, there were abundant tools and metal objects (ornaments, weapons …), mainly of iron and bronze, which confirms the possibility that there was a metallurgical workshop of local production. These pieces are currently mostly in the Archaeological Museum of A Coruña.

Highlights within the set a building identified as sauna (one of the four appeared in the Galician forts) that is located in the outer neighborhood. The sauna presents several rooms differentiated by temperature, among which the steam area and the oven stand out. As we mentioned before, it is understood that the function of these spaces could not be a spa without more, but it would have a marked ritual objective. It is believed that it hosted celebrations related to warrior elites, or could even function as a sanctuary in which the gods would be venerated and community rites would be performed as weddings, or settlements of agreements.

Castro de Borneiro is also the last stage of a hiking route that follows the course of the river, the route Rego dos Muíños, or the Roncadoiro. An easy and well signposted route that takes its name from the noise of the water that descends from waterfall to waterfall, and that helped to start the 24 mills that are preserved in it. A good way to know this town over 2,000 years old while enjoying a step through nature. In addition, the Castro de Borneiro passes the second stage of the Camino de los Faros, between Niñóns and Ponteceso