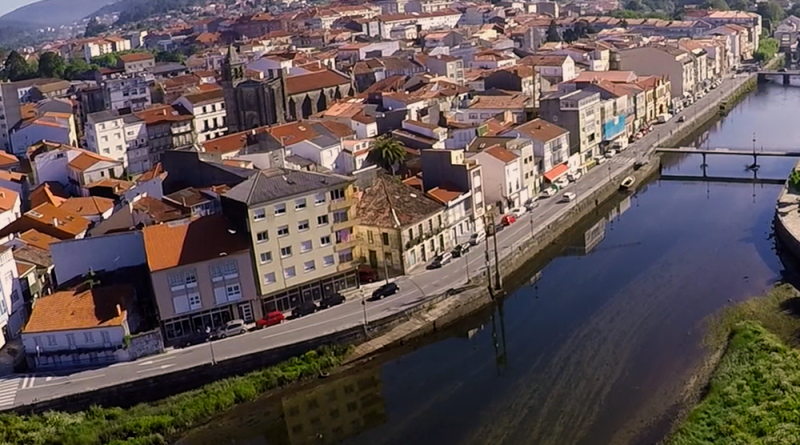 There are many places in Galicia where history and legend intermingle to explain very remote episodes (and not so much) and respond to the natural curiosity of its inhabitants. The municipality of Noia is one of those fertile places in legendary narratives.

The name itself refers us to that diffuse territory since, according to tradition, it connects with the history of the biblical patriarch Noah. Thus, the town of Noia would have been baptized with that name by Galo Gafeto in homage to his wife Noela, granddaughter of Jafet, one of Noah’s sons. The story of these legendary origins has reached our days through the shield of the municipality, in which you can see an image of Noah’s boat and the dove with the olive branch that according to the biblical narration announced the proximity of land .

The church of San Martiño, located in the central square of Tapal, is the protagonist of a tragic story that serves to explain the unfinished aspect of its facade, with a single tower that breaks the symmetry. Legend has it that the master stonemason responsible for the work died when he fell from the top while building the second tower and that a curse would fall on who tried to finish the work. In fact, a similar fate had in 1973 the film director Claudio Guerín Hill while filming his second film, The Bell of Hell. The filmmaker had ordered to complete the structure with a decoration in cardboard and during the last day of filming he fell from the top dying due to the impact. Juan Antonio Bardem was in charge of finalizing the direction of a film already raised to the cult category.

La Quintana dos Mortos, the funerary space located next to the church of Santa María A Nova, is one of the most unique cemeteries in the country and as such it was declared a National Artistic Monument almost half a century ago. In addition, it has its own legend, according to which a huge snake lived in the place and devoured everyone who came there. A gentleman, after entrusting himself to the Virgin, killed the snake with his sword, just as the image carved on the shield that presides over the entrance to the enclosure reminds us. Another snake is the main character of a story whose location is a cave located on the San Xusto River. According to legend, this specimen was so large that when it approached nearby villages looking for sheep to devour, its tail remained in the cave.

The Mermaid of Punta Paralada

In Punta Paralada or Pedra da Fada, one of the corners that the Tambre river draws before reaching the sea, it is not only possible to enjoy a beautiful view of the Noia estuary, but also to recreate yourself trying to locate another legendary creature. It is said that in the area, also close to the Cova do Encanto, lived a mermaid.

The lost chapel of San Bartolomeu

There are several legends that speak of villages submerged underwater in Noia. The most widespread story explains that in front of the village of A Barquiña, on the islet of San Bartolomeu, there was a chapel whose bells can still be seen when the tide drops a lot.

Various stories converge in the waters of the Traba River. One speaks of the fact that the stones of the channel form a well with a staircase where a fairy lives that can be seen the night of San Juan, but others refer to the existence of a hidden treasure and even a tunnel that would communicate the place with the Tapal square.