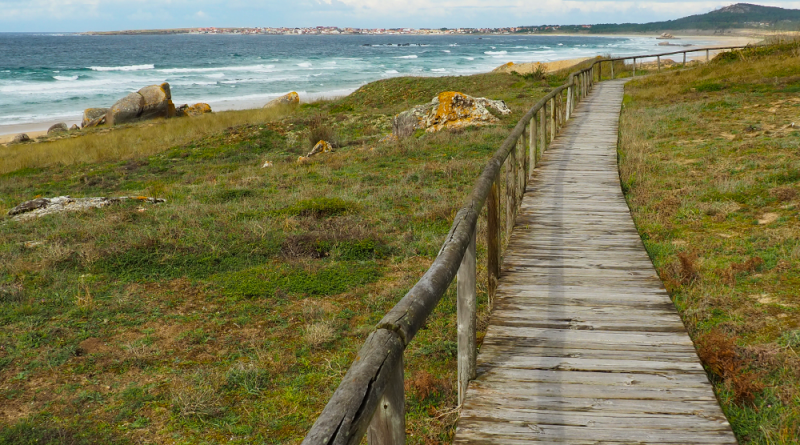 Galicia is a land rich in toponymy. The names of our places, villages, towns and cities not only help us to identify and identify ourselves with the territory, but also often reveal curious data because of the references that these names make to geographical features, past events or historical figures. But despite having a third of the place names in all of Spain, Galicia is no stranger to repetition in its nomenclature. Some of them appear everywhere in Galicia, which sometimes causes confusion and makes some absent-minded visitor end up tens of kilometres away from the expected destination.

Names that are counted in tens

Galicia not only heads the list of territories with the most toponyms, but also the list of the most recurrent denominations. Some place names are repeated by tens or even hundreds, as is the case with A Igrexa, a toponym with which around 350 places are known throughout the community, or with O Outeiro, which also exceeds 300. O Castro (about 215), Vilar and O Vilar (with almost 300 between the two variants), A Torre, O Pazo and A Casanova (with more than a hundred and a half in each case) and Vilanova, A Costa, A Pena and O Souto (with another hundred each) are also part of this curious ranking that forces visitors who want to know some of these places to make sure where they go to avoid ending up at the other end of the map. More than 250 kilometres by road separate the Rial that overlooks the Atlantic in Fisterra from the one that almost overlooks the lands of Portugal from the municipality of Lobios in Ourense. In this case it seems difficult to be confused since they are different councils and provinces but if, for example, one has to go to O Castro, in the municipality of Abegondo, first you will have to know if your destination is the place with that name in the parish of Crendes, in Meangos or in Vizoño. Cases like this are frequent throughout Galicia.

When a letter can take us very far

When it comes to toponyms clearly associated with geographical elements and, therefore, very frequent as is the case of the previous ones, it is evident that it is necessary to be well sure of where we want to go. But it is also necessary to do it in those cases in which we are before little extended toponyms. There are only two places called Bembibre in Galicia, but more than two hours of journey separate the one that is in the municipality of Val do Dubra from the one that belongs to the town council of Viana do Bolo. And if you really want to know the parish of Vigo known for its famous festival of San Blas you have to be careful when typing in your browser because in this case you will have to go to Bembrive. It is not the same to pass through O Couto, in A Guarda, before going up to the top of the emblematic castro of Santo Tegra as to do it through O Coto to stop in Ribadeo and enjoy its estuary.

Melide and Compostela, overlooking the Atlantic

There are several aspects in common that Santiago de Compostela and Melide have. The main one is the Way of Saint James because if the Galician capital is the goal of this universal pilgrimage route, Melide is one of the most important places of its main route (the French Way) since it serves as the end and beginning of the stage, becoming a place of passage and obligatory stop for most people who travel the route. Moreover, despite being located in the interior of the province of A Coruña, both towns share the fact that they have the same name as the sandy areas of the province of Pontevedra bathed by the Atlantic Ocean. The beach of Compostela is located in Vilagarcía de Arousa and, as they say, it owes its name to the fact that in the past it was the reference beach for many residents of the Galician capital who travelled there by train. It is unlikely that the inhabitants of Melide would have been involved in a similar phenomenon, so there must be other reasons why this town shares its name with two beaches known for their beauty and their remote and paradisiacal location: one of these two Melide beaches is in the heart of Cabo Home (Cangas); the other boasts of being the most spectacular beach of the Illa de Ons (Bueu), in the heart of the National Park of the Atlantic Islands of Galicia.

Jumping from town to town

The extensive catalogue of beaches in Galicia also offers other curious samples of toponymic dance that can lead more than one to end up far from their intended destination. There are several sandy areas where you can rest and sunbathe if you visit the town of Cariño in A Coruña, but if you want to walk along Cariño beach you will have to go to Ferrol, a town in which there is also another sandy area that shares its name with another town in the province of A Coruña: Santa Comba. In the municipality of Miño we will be able to swim in the beach of Marín; in Marín we will be able to do it in the one of Ribeira, and in Ribeira we will meet the beach of Touro. Likewise, without leaving Poio we will find the beaches of Padrón and Covelo and whoever wants to swim in Esteiro beach must decide whether to refer to the sandy area in the parish of Muros or to the beaches of the same name located in the municipalities of Mañón, Ribadeo and Xove.