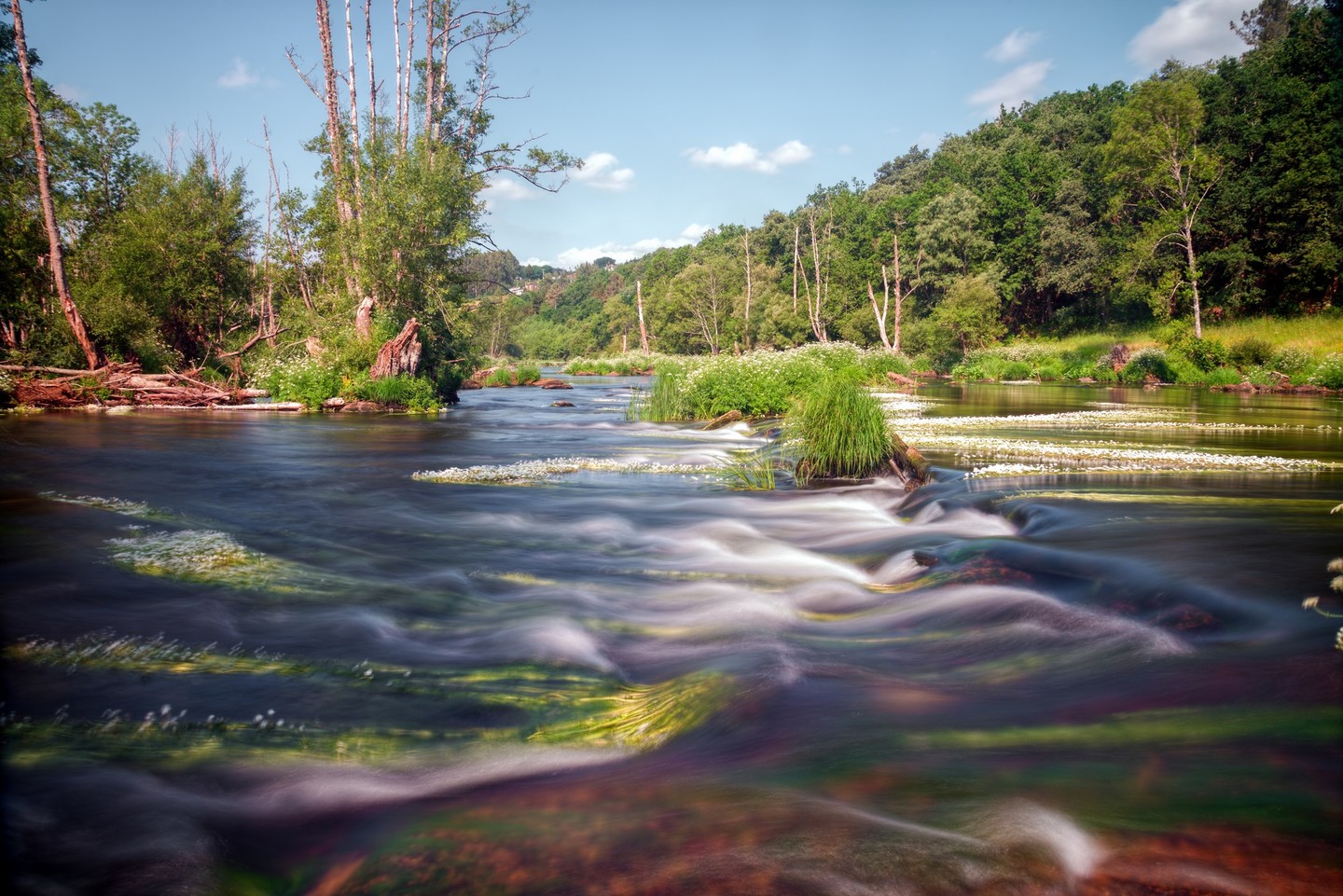 In Galicia, culture is especially associated with water, especially if we think of legends such as ‘Home-peixe’ or ‘xacíos’ – mythological figures half fish, half man – linked to the area within the Terras do Miño Biosphere Reserve. In this territory presided over by the father of all the Galician rivers, specifically in the upper course of the river Miño and a few kilometers from the provincial capital, is the protected area of Bosque da Fervenza.

It is a century-old forest in which alders, oaks, ashes and willows predominate, extending over more than three hundred hectares. A flood forest that the Miño naturally sweeps more than once a year, refreshing the roots of the oldest trees and making it one of the few remaining on the peninsula. Populated by animals and plants from this fluvial ecosystem and with oaks that are over 300 years old, the environment is completed with ponds, islets and paths that draw a magical landscape that is difficult to find anywhere else.

Although it faced different situations that endangered its survival (floods, fires, etc) the insistence of the Casa Grande da Fervenza (former miller’s house and part of the Ethnographic Ensemble A Fervenza) allowed it to be awarded by the Ministry of Environment and the NGO Bosques Sin Fronteras as Forest of the Year in 2007. Nevertheless, the recognition served and still serves today to promote the conservation of a habitat of enormous natural value.

The Conxunto Etnográfico A Fervenza in O Corgo, is a space that aims -among other things- to recover the forgotten hydraulic heritage of the area, to bring the elements that constituted rural life between the seventeenth and nineteenth centuries to the current society. Batuxos -small boats that were used to cross these waters-, mills or machinery necessary in the performance of traditional productive activities of the zone as the zoqueiros, are part of the ethnographic patrimony that can be revived by means of guided visits to the set.

From this point, in the town of O Corgo, it is also possible to follow a route on the banks of the Miño thanks to the route known as the Fervenza Forest Route. This is a four-kilometre walk that does not involve any kind of difficulty and is suitable for everyone. Starting from the rural house A Fervenza we will be able to enjoy an idyllic landscape that extends along the shore in less than three hours depending, in any case, on the rhythm of each one.

Whatever path you decide to take to explore this territory in depth, disconnection and relaxation are assured. The murmur of the water will be the only guide necessary to enter this labyrinth of semi-submerged trees.