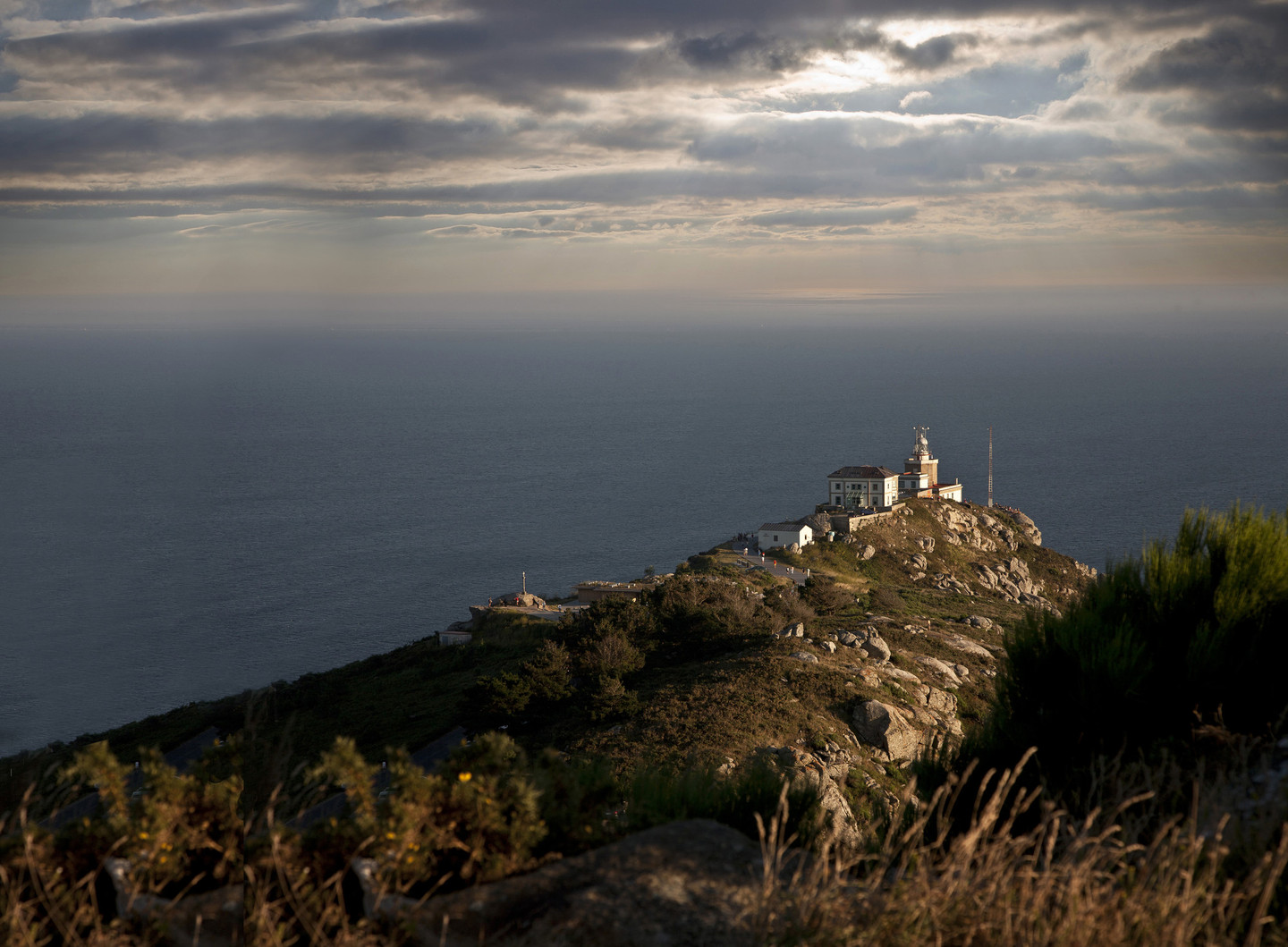 In the province of A Coruña is Fisterra, Finisterre, Finis Terrae (end of Earth) or, what is the same, the end of the world known in antiquity. It is a long rocky land that penetrates into the sea about three kilometres and has a width of one and a half kilometres.

The elongated shape of this cape and the situation of Galicia in a corner of the Roman Empire meant that for centuries it was considered that there was nothing beyond those lands. Perhaps that is why this point of the map was always considered a magical place, mysterious and full of legends.

It is said that this is the place to which Décimo Julio Bruto came after declaring himself victorious in the conquest of ancient Gallaecia to see how the sun disappeared swallowed by the sea. Previously there was a temple dedicated to the Sun called Ara Solis, built by the Phoenicians as a place of worship to the king of the sky. Perhaps for this reason even today the end of the “Xacobea” route is located in this place where thousands of pilgrims come every year to see the sunset after having visited the tomb of the Apostle Santiago; there they will burn their clothes and begin the return home.

Thus, and from the beginning of time, Fisterra evokes an unfathomable mystery in the soul of men. The roots of his legendary aura have their origin in the mythology of the first settlers of Europe, who believed that the earthly world gave way, with the arrival of death, to another existence in a place to the west, where they watched the sun go down. In Celtic legends it is frequent to find images of heroes who make their last trip to this paradise in a stone boat, and that is why this union of stone, sea and spirituality still survives along the Costa da Morte in different ways.

Nowadays, on the top of the hill is the hermitage of San Guillermo, Christianized place from the pagan cults related to the fertility and where the stone called “bed of the saint” or “bed of San Guillermo” was placed. There is also, among archaeological remains, an anthropomorphic sarcophagus of the 7th century. But if there is a famous element in this piece of land is the lighthouse of Cape Fisterra which, with an age of 164 years, is the second most visited place of Galicia after Santiago de Compostela. From this point you can see spectacular views of the Atlantic Ocean, the Corcubión estuary and the coast of Carnota with its famous Monte Pindo, and on clear days you can even see the mountain of Santa Trega, located on the border of Portugal, right at the mouth of the Miño River.

Cape Fisterra has also been, over the centuries, a magnet for people from all over the world, attracting travelers from distant countries and also, but with worse fortune, dozens of ships that were shipwrecked in its waters.

Recently, this place has received the award, on the fiftieth anniversary of the Treaty of Rome, of “European Heritage”. This award is only shared by three more places in Spain.

Because of its history, its legend and its enormous value, this place should be a must visit for anyone who comes to Galicia.