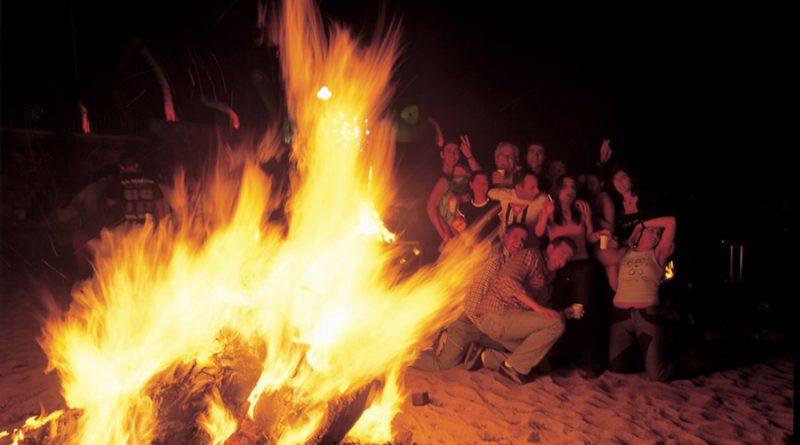 What better way to welcome the summer than to attend these parties that we propose you next, full of color, life and fun. 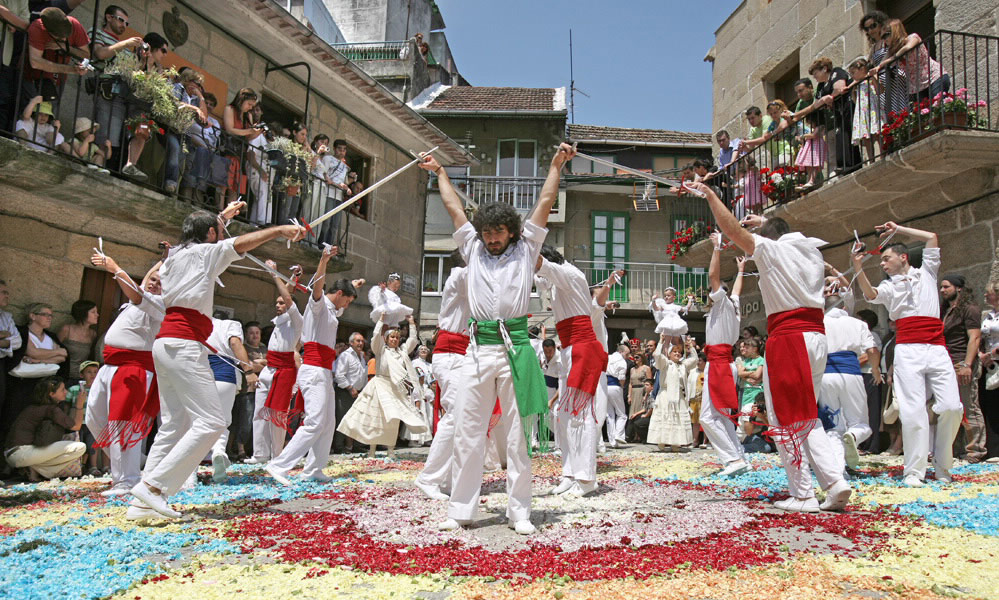 The Festas da Coca de Redondela last five days and coincide with the Corpus (big day). Legend has it that near Redondela there lived a dragon that from time to time approached the village and there, kidnapped a girl and took her to her cave. One day, some young people decided to confront him until they defeated him and released the captives.

To celebrate the victory, they danced with their swords around him. In homage to this legend, on Corpus Christi day, the figure of Coca participates in the procession, accompanied by the dancers of the Swords and the “Penlas”. These, dressed in white costumes, form a choreographic ensemble with the Swords dancers. Adult women carry little girls on their shoulders, also in white and with the wings of angels. With their dance they represent the joy of the mothers for the death of the monster and with it, the liberation of their daughters.

A wide festive program with night parties, exhibitions, concerts and shows in which the legend of Coca is recreated.

In Santiago, coinciding with the festivities of San Xoán, for the fourth consecutive year a festival is held which, in addition to having a traditional market, includes in its programme a great diversity of activities and workshops for the enhancement of the Galician rites and traditions of this time of the year, marked by the summer solstice.

Among the activities, there are also routes for collecting herbs from San Xoán, a free train for the “cacharelas”, in addition to music, “queimadas” with “conxuro”, and so on.

To learn more about these holidays consult the program.

On Corpus Sunday, the central streets of Ponteareas are upholstered with spectacular floral carpets through which the procession of the Blessed Sacrament will pass. A tradition that is more than 150 years old and that lasts thanks to the tenacity of the neighbors who work during the day before in the making of the carpets.

Many are the visitors who come at night to see its elaboration. They use a wide variety of plants, such as hydrangea, mimosa or rose, among others. The work is an authentic manifestation of popular voluntariness in which everyone participates, each with a mission and with the purpose of finishing before nine o’clock in the morning on Sunday. There are figurative ones but most of the designs are geometric drawings that surprise by their magnitude and colorfulness. The meaning of the carpets is deeply religious, made as offerings to the Blessed Sacrament.

Enjoy this weekend in Redondela!

Corpus Christi is also celebrated in Bueu. The Asociación das Alfombras do Corpus de Bueu managed to revitalize the tradition of carpets in the village. Nowadays, floral tapestries cover a kilometre and a half of the streets, making them a place worth visiting and enjoying in the face of so much colour. 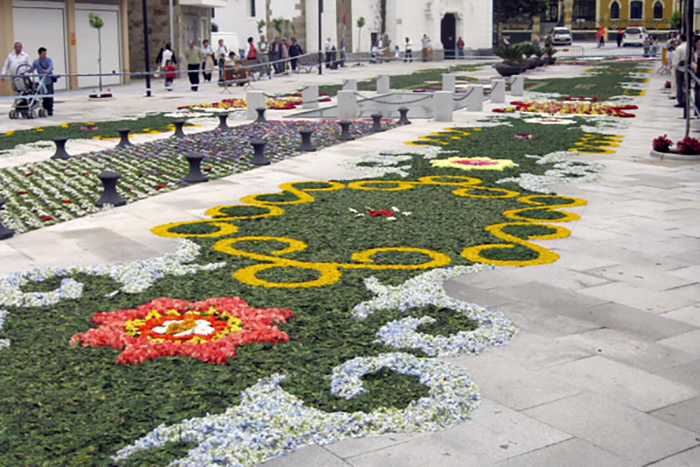 The floral carpets of the Corpus Christi of Ares are admired year after year by visitors who come to the fishing village.

The neighbors are in charge of creating this spectacular work of vegetable art. They devote weeks of effort to its elaboration and achieve a length of more than one kilometre. The collection of the flowers is as important as the making of the carpets and, for that reason, the neighbours and the Asociación de Alfombras Florais de Ares prepare a calendar of collection.

The day before the carpets are assembled and the big day Ares dawns with a real work of art on its floors. On Sunday, the passage of the procession will erase these carpets, which will remain in the memory of visitors until the following year. 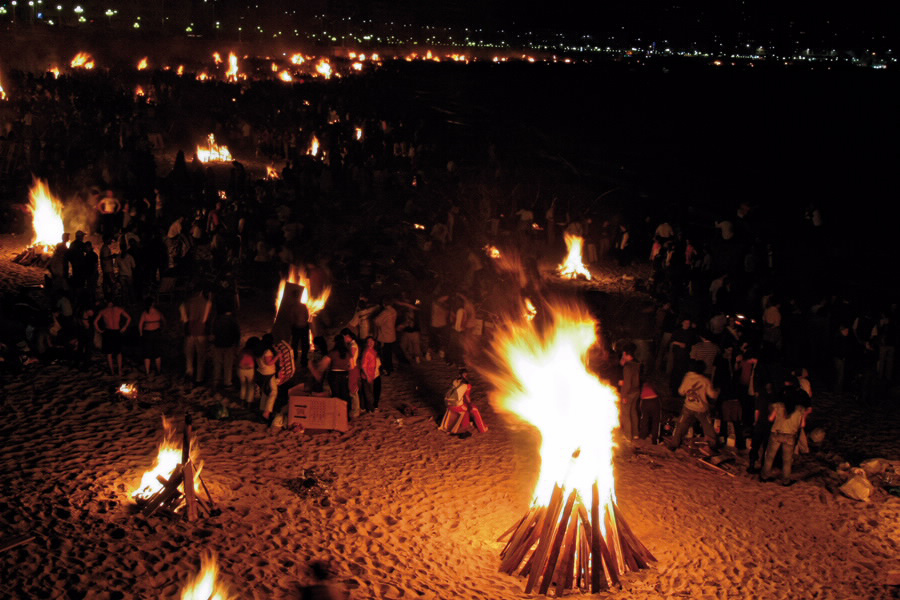 The Noite de San Xoán in A Coruña is celebrated with great enthusiasm.

On the night of the twenty-third, the city is invaded by the smell of roasted sardines and the fire of bonfires. Many people celebrate the entrance of summer fulfilling the rite of asking wishes jumping over the flames and many others with the bath of the nine waves.

The most crowded bonfire is on Riazor beach, where a cardboard witch figure stands out from the crowd. Up to this point the Meiga Maior, the Meiga Maior Infantil and their respective Meigas of honour arrive on horseback. They are in charge of lighting the bonfire with a spectacle that fills the beaches of Riazor and Orzán. On a night like this, full of ritual elements, the party goes on in the open air and around the Paseo Marítimo until dawn.

If you don’t know what to do the third week of June, we’ll make it easy for you with these plans you won’t want to miss. Enjoy!